Aldean Welcomes Thousands of New Fans Who Think He Sucks 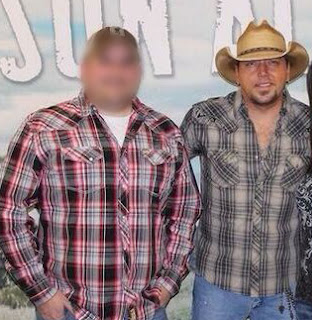 Country superstar Jason Aldean is used to the adoration of throngs of pop-country fans across the country who dig his brand of rocked-up twangy bravado, but in recent weeks he’s experiencing something new altogether: new fans who can’t stand his music.

“I’ve never even considered listening to Jason Allen [sic] before I heard he had expressed beliefs publicly that aligned with my own,” said Tara McAllen of Gore Springs, MS. “Now I’m thinking about giving him a shot.” She went on to say that despite being a fan of traditional country and Americana, she was open to seeing the error of her ways.

Many people across social media shared similar thoughts throughout the week. When country satire site Farce the Music shared a non-political but negative meme about Aldean, dozens of previous non-Aldean-fans expressed their disdain. “I always new you was a damn liberal…unfollowed!” replied Instagram user effyoubrandon, despite the meme having not even a whiff of partisanship. “Effyoubrandon” also added a photo of himself proudly wearing some of Aldean’s “Anti Biden Social Club” gear.

The trend of music fans putting ideology over art isn’t a recent one (think Dixie Chicks), but has grown as Americans split into camps over issues such as vaccines, gender, and Machine Gun Kelly. It seems many would rather listen to an artist devoid of any depth, talent, or uniqueness simply to “own the libs/repubs.”

When reminded that he’d frequently told outspoken artists Jason Isbell and BJ Barham to “shut up and sing” in the past, Brad Harbor of Panama City, FL retorted “Yeah, but they hate America. Jason Aldean may be a philandering, bloated, mediocre, angry meathead, but at least he knows the damned election was stolen! I can’t wait to go to one of his shows and get drunk enough to tolerate him!”

At press time, Luke Bryan was attempting to formulate a mildly controversial opinion.