Lee Greenwood on Standby, Toby Keith Called Up to Reserve 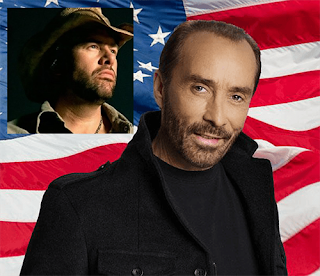 Patriot and country singer Lee Greenwood is literally shaking with anticipation. Normally, this time of year, the singer would be in a deep off-season slumber, building up his energies for upcoming patriotic holidays, but world affairs have made things different this year.
Late Thursday evening, an alarm went off in Greenwood’s cryogenic chamber, alerting him that a military conflict was underway that could have ramifications for the United States. His room was bathed in red, white, and blue lights, awakening him in fervor. Pumps whirred to life as Lee was pumped with vitamins and nutrients, preparing him for the potential task ahead.

Greenwood stretched, removed the tubes from his arms, and threw open the window. One sniff and his eyes lit up. “This one’s different but so familiar… there’s a ….chill… in the air.” he thought. He then walked to the front room and visually verified that his trailer packed with American flag clothing and paraphernalia was pre-loaded and hitched to his Suburban. “It’s go time,” he spoke.

Now Mr. Greenwood has pulled a recliner into the foyer of his expansive Franklin home and simply waits. He stares up at his signed portrait of General Norman Schwartzkopf and nods. “I’ll be ready if called, Stormin’ Norman.” he whispered. Lee’s wife only shook her head and brought her husband another bottle of red Gatorade.

At press time, Toby Keith had received the Boot Signal and was sobering up for another run of ass kicking, if needed.

Unnecessary disclaimer: War isn't funny and I pray for the people of Ukraine, but we need a little levity in any situation. Also, patriotism isn't a bad thing with the right intentions.