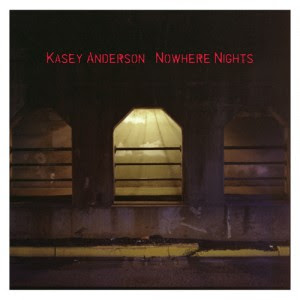 FTM pal/ninebullets.net contributor Kasey Anderson's album Nowhere Nights hits shelves next week (it's already out at digital outlets, including iTunes) and FTM is there to ask some hard hitting questions about his influences and the new album.
For those who haven't heard him before, the music is good ol' roots rock with a broad everyman appeal. Kasey's voice is a mix of Jack Ingram, John Mellencamp and Cody Canada, in short, a perfect voice for this style of music. His music sometimes resembles Ryan Adams at his most interesting, The Replacements at their most straightforward and a dash of Gin Blossoms style pop rock. Bruce Springsteen, Will Hoge and Tom Petty also spring to mind. But while his music recalls all those sounds, this album is entirely Kasey. He's a great lyricist and his melodies and hooks will burrow into your brain.
You can download the title track for free right here: Nowhere Nights.
Now let's get to know Kasey a little better in FTM's very first Farce the Music Interview, as the singer/songwriter is interviewed by... himself. 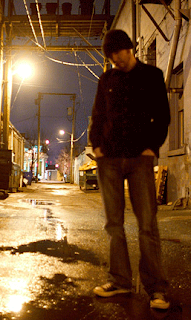 FARCE THE MUSIC: Alright, tape is rolling so everything from here on out is on the record.

KASEY ANDERSON: You don't own a tape recorder.

FTM: It's a figure of speech.

FTM: You've built a reputation as being quite eccentric. Why do you think that is?

KA: It could be the amount of asparagus I eat - there's that smell about me, it confuses and arouses people. It could be my penchant for taking a six-hour nap immediately after waking up in the morning. It could be the fact that I own seven copies of every film Nick Nolte has ever appeared in. There's something about that number. Seven. People can't get their minds around it.

FTM: It does have a sort of mystical, biblical connotation to it.

FTM: There are 66 books in the Bible.

KA: Which is divisible by seven. You get a remainder, but...

FTM: Moving on. You've been quoted as saying your first album, Dead Roses, was you "learning how to write songs while tape rolled." How did that experience shape your writing?

KA: That was a literal statement. I had never used paper and pen to transcribe lyrics prior to those sessions. The walls of my apartment were covered in crayon.

FTM: You wrote songs in crayon on your walls?

KA: What? No. I'm sorry. Those two statements were not related. I used body heat to write with my fingers on Hypercolor shirts. That's how I remembered songs.

FTM: How profound. Your second album, The Reckoning, was largely political. How do you feel about what has transpired in the country since 2007, when The Reckoning was released? Have you seen changes?

KA: I have. We all have. You'd have to be blind, deaf, and dumb not to. The 2008 election was a very proud moment for the United States but you start to wonder if electing a new president isn't a little bit like mopping the floor of a burning house. There's a lot of work still needs to be done. We'll get there, but we need leadership, not pandering.

KA: A friend was borrowing all of my mirrors.

FTM: The album follows you as you leave Bellingham, Washington, where you lived for ten years. Do you miss it?

KA: No. But the album is not so much about leaving a place as it is about leaving a life. There's that saying, "Wherever you go, there you are," which I really hate because a lot of those people, they move very slowly and they're in my way. I have errands, you know? I have to get to the post office before 3:00 P.M. or the best stamps are gone.

FTM: Right. Of course. How do you feel about "New Country," or "Young Country" music?

KA: A lot of it is catchy but then, so is syphilis.

FTM: A lot of songwriters have checkered pasts; yours is shrouded in mystery. Have you ever had any trouble with the law?

KA: The guy from Out Cold?

FTM: Among others, yes.

KA: Never heard of him.

FTM: How do you write? Take us inside the process.

KA: Lately what I have been doing is spending most of the day at the DMV, transcribing people's conversations. Real, slice-of-life stuff. Like Carver.

FTM: Anywhere else you find inspiration?

FTM: That's the title of Tom Waits song. You lifted that directly from Tom Waits.

KA: The guy from Mystery Men?

FTM: Sure. Pretty good songwriter, too.

FTM: Fine. Last question: You'll be on tour for most of 2010. Do you subscribe to the belief that a rolling stone gathers no moss?

KA: Oh, sure. But I have a lamp that's 50 years old that hasn't gathered any moss, either. So maybe I should just stand in one place and let my light shine.

KA: I think it's from an old Carrot Top bit.

FTM: The guy from Chairman of the Board?

KA: Exactly.
The latest nonsense from Trailer at 4:00 PM