.99 Review: Dierks Bentley - Up on the Ridge 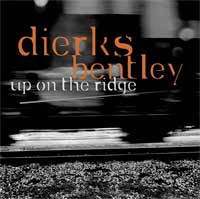 Dierks Bentley - Up on the Ridge
Listen to it here.

The People's Take:
c'mon dierks (1 Star) - sounds like all his other songs but worse. c'mon dierks, your a better artist than this
-Gliko30

New Direction (5 Stars) - Great new song from Dierks. His sound sounds great and like something he has never done before! Very bluegrass. Can't wait for the new album!!!!
-timmerwoj

My Take:
So this is the first single from Dierks' long rumored bluegrass album that ended up being consolidated into this year's regular release from him... Well since "Up on the Ridge" is neither traditional bluegrass nor typical radio country fare, I can only assume they put songs from each genre into a musical version of the large hadron collider and smashed them into one another, creating a hybrid of the two (the subsequent energy release creating a chain of seismic events that led to the eruption in Iceland).

To be honest, I hated this the first time I heard it, mostly because the first version I heard was a crappy low bitrate internet rip (remember the early Napster days with the beeps and boops and static?) - which made the chorus sound pretty much like a cow mooing (which my wife thinks Dierks sounds like anyway). So anyway, I purchased the proper single today on iTunes and was pleasantly surprised.

Lyrics aside, this is a fresh sounding song that will stand out on Clearchannel radio. It's not bluegrass, but there's plenty of plucking around. It also features a moaning, understated chorus that stubbornly refuses to jab you with a sharp hook but reels you in only after repeated listens. Doubtful you'd see most of Dierks' contemporaries go without a soaring or raging chorus.

Lyrically, it's nothing you haven't heard before - a song about taking it easy in the great outdoors - though it does hint at the usage of intoxicating substances beyond just the moonshine mentioned (and it was released on 4/20... cute).

Playing like a more laid back version of Brad Paisley's "Mud on the Tires," "Up..." is a refreshingly low key tune that should be played around many a bon/campfire this spring and summer. For a couple of reasons already mentioned, I won't swear it's top 5-bound, but commercial radio needs more songs like this.