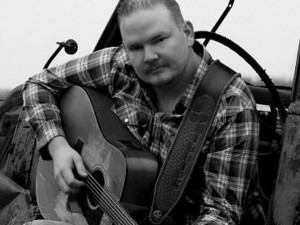 Kelcy: Please tell us your background, such as where you were born, when where and why you started playing music, and what your other hobbies were at that time (sports, video games, cooking meth, whatever…ok maybe don’t incriminate yourself)

K: What first appealed to you about playing music and when did you begin to approach it seriously as a possible career choice?

B: I got my first guitar when I was 9, it came with a chord book with three chords in it.  The rest I learned from watching “Austin City Limits” on one of the two TV stations we picked up (when the wind was blowing right)  I taught my brothers how to play, and went to college, got my degrees and pursued a career in teaching (yeah, me in charge of kids… now I can’t be within 500 feet of a Chuck-E-Cheese)
I was actually in a School Board Meeting being interviewed to be the new principal when the thought occurred to me that I didn’t want to do what I LIKED for a living… I wanted to do something I LOVED, so I became a Chinese hooker… and then a musician.

K: When and where was your first organized gig?  What about your first paid gig?  First gig with your current band?

B: My first gig was actually hosting karaoke in Stillwater.  The owner told me play music in between requests to stretch the time out.  My sets gradually became more popular than the karaoke (you’re welcome, Stillwater), and I got my own night at Roosters in Stillwater.  I’m currently on an acoustic tour, actually hunting for band mates with talent and no egoes.. the search continues….

K: How long has it been since you’ve had to do anything other than play music to make a living, or do you still work?  If so, what kind of work do you do?  (Do you own a truck, I need some help moving if you want to make an extra $20 this weekend)

B: I actually took a year pause in music about 5 years ago to be a National Sales Trainer for a newspaper company in New York. (Imagine me in a suit and tie… I don’t even like SLEEVES!)  The work I do now is to kill the boredom, generally building/repairing things.  Handyman kinda stuff, and underground pimping.

B: Current favorite is Gruene Hall.  Great staff, and the crowd is always huge and true music-lovers.  All-time favorite would be where it all started at Roosters in Stillwater.  The place was always packed and ready to throw down.  Most memorable gig….  Calf Fry in Stillwater, OK… 12,000 people singing along with you is a feeling few get to experience.

B: Favorite part is learning the history of the towns we visit, and experiencing more than the tourist side of where we go.  Least favorite is filling up the damn gas tank.  And yes I have a truck, I need that $20

K: What’s your favorite restaurant to stop at on the road?

B: It’s a toss up between Hooten Holler’n BBQ in Whitney, TX and Cooper’s BBQ in Ft Worth/New Braunfels.. Love me some dead livestock!

K: Of all the songs in your catalog which is your favorite of all time?  Favorite to play live?Favorite on current album? Favorite cover song to play live?

B: Favorite original is probably Red Dirt Girl, the current single.  I actually feel the spirits of who I’m singing about when I perform it.  Favorite to play live.. Blue Dixie Cup, people who have never heard it before end up yelling it at the top of their lungs when we’re done.  Very cool experience.   Favorite cover to play…depend on the night (slow song would be “Long Black Veil”, I LOVE doing “Satisfied” by Ian Moore

B: Influences are pretty much anyone who graced the stage of Austin City Limits in 80’s and 90’s.  That’s where I learned not only to play guitar, but also appreciate music.  Current bands to listen to – TPTroubadours, Damn Quails, Great Divide, Departed, Boland, stuff like that.  Touring would be a similar list.

K: If you could play live as part of any band, who would you choose?

K: If you could have dinner with any three people, who would you choose? What’s on the menu?

B: Definitely not Jesus… I’m a carnivore, I need meat in my diet.  Breadsticks and grapejuice don’t cut it for this country boy.  I’d probably pick my two brothers, and my grand-dad. (sappy I know, but fuck off, it’s my dinner)  Fried fish, potatoes, and homemade tartar sauce.  Damn, I’m hungry now.. thanks asshole.

K: If you had to choose another career path, what would you be doing for a living?

B: I thought we already addressed the Chinese hooker topic?   Seriously though, I’d be a home builder.  I love all aspects of home building, and would love to be a contractor someday.

K: Is there any currently touring artist you’ve never seen that you’d love to see?

B: Zac Brown Band… Musical Studs again.  Would love to see their interaction, and see how many fingers they have… Damn they’re good.

B: If you had to sum up your life view/philosophy in just a few sentences what would you say?

K: Put more in than you take out. The end.

B: I think it’s a damn shame the direction it’s gone.  It used to be where people had to be talented to be successful.  Now all you need is money.  Piss on that.  It sickens me daily to see some of the songs towards the top of the charts.  When utter douche-bags forget where they came from and treat the fan-base like shit, that makes me wanna puke.  It is the most disingenuous thing I’ve ever seen.   I think there are a few truly talented, humble folks still in the bizz (Wade Bowen is my first choice, but there are others)

K: If you had the power to mandate two books that everyone in the country should read what would they be?

B: Introduction to Agricultural Education – I believe that more people need to be made aware of where their food, clothes, fuel, etc, comes from.  I think that when a society starts taking for granted their commodities, they stop appreciating them as well.  Leading to an epidemic of people who think they’re entitled to everything and not expected to work for it.
The Bible – Not necessarily for the religious aspects, but for the moral aspects.  I don’t really care what each person believes is their ticket to heaven.  But I do care how they treat me in the process.

K: What about if you had to choose two albums of music that the entire country should own?

B: Oh Brother, Where Art Thou soundtrack.  Simple music by simple folks.
Red Headed Stranger – Willie Nelson.  Back when an album was written and sequenced.  Today, everything is on shuffle and you lose the meaning of the record.

K: If you could give a message to the entire world, what would you say? (because that’s the kind of website hits we’re looking for)

B: “Pull your heads out of your asses, don’t like music just because the radio plays it all the time.  Be unique, just like everyone else”

K: Thanks for taking the time to do this.  Feel free to say anything at all you’d like in this space.

B: Usually at this point in the interview, I’m snortin’ blow off the hip-bone of a super-model, but you’re cool so here goes.
Advice to musicians… Quit being dicks to your fans.  Without them, you’re just elevator music.

Follow Bo on Twitter for a lot of laughs here.
His albums Dirt Road and Fishin' with Grandpa are available here.
The latest nonsense from Trailer at 9:03 AM