Corb Lund, as I’ve said before, is the Canadian singer who should be a superstar rather than Justin Beiber or (showing my age) Bryan Adams. And that’s probably the first time his name has appeared in a sentence with Justin Beiber. 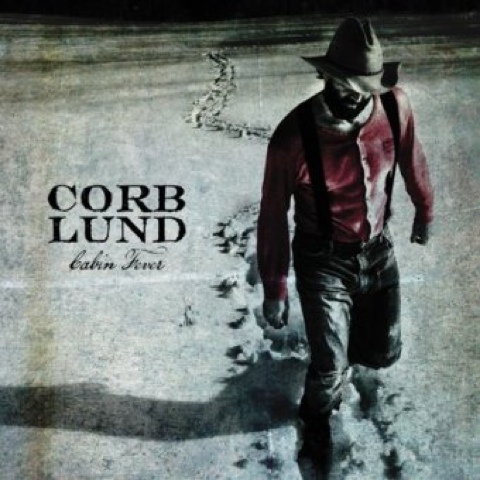 On August 14th Corb released his most ambitious project to date, the 26 track (if you buy the deluxe edition) Cabin Fever. Now I’m a fan of Corb’s work, I’ve bought all his albums since he started playing with the Hurtin’ Albertans, back around a decade ago, so I don’t consider myself completely impartial but I do believe Corb’s albums have progressively improved with each release, a rare thing indeed.

Cabin Fever kicks off with the politically charged Getting’ Down On The Mountain, a song that feels to me like a bit of a companion piece to The Truth Comes Out from his previous album, Losin’ Lately Gambler. From there it swerves almost into Matt King territory with the macabre humor of Dig Gravedigger Dig. This 1-2-3 punch is completed by Bible On The Dash, a classic Corb Lund road tale kicked up into a higher gear as a duet with Hayes Carll.

The album continues to draw on all Corb’s varied influences ranging from bluegrass, to punk, to rockabilly and classic cowboy music but somehow it all hangs together as a whole as Corb’s road worn voice narrates tales of ranching (Cows Around), running too fast on a motorcycle made in Germany (Mein Duetches Motorrad), death (Priceless Antique Pistol & Pour ‘Em Kinda Strong), wild girlfriends (Gothest Girl I Can), heartbreak (September & One Left In The Chamber).

I could break down each song, but I’m sure others will do a better job than I could, the bottom line is that this is a strong though wide-ranging and sometimes scattered effort. If you’ve never listened to Corb this might not be the best album to start with (although it’s certainly a good one). I’d recommend Hair In My Eyes Like A Highland Steer or Losin’ Lately Gambler for an introduction. If you’re already a fan I don’t have to tell you that you’ll enjoy this one. If you’re a fan of old-school cowboy music there’s something here for you. The same goes for fans of the folk stylings of Ian Tyson. There’s even some yodeling, featured in most of Corb’s albums. Hayes Carll fans will want to own it just for Bible On The Dash. It’s certainly Corb’s most ambitious and far ranging album, there’s even a strong Beach Boys influence on one song. I found it to be a fun and satisfying album. The mix is perfect throughout, the musicianship is great, and the storytelling is great, the true hallmark of Corb Lund’s music.

If I had to give it a grade I’d say 4.5 out of 5 stars. Corb may be an acquired taste, but he’s a taste well worth acquiring.

Buy it here or elsewhere: http://www.amazon.com/Cabin-Fever/dp/B008F9M38A/ref=tmm_other_meta_binding_title_0

The latest nonsense from Trailer at 11:00 AM