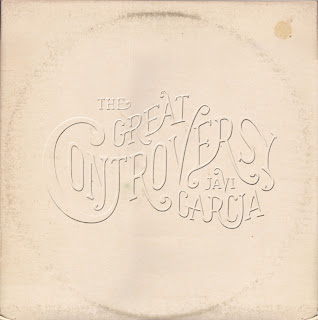 I'll admit two things going in to this review: First, I've been a huge fan of Madly In Anger/A Southern Horror since they first came out & was expecting nothing less than a stellar follow up effort. Second, this was one of the more difficult reviews I've had to write partly because of the first.

The album sets a searingly dark tone from the opener and never let's off the throttle. I'm familiar with Javi's fondness for The Rolling Stones & tried to set that aside at first listen. By the time I got halfway through the pounding "Stick To The Facts" I'd completely forgotten about it. This whole record has Sticky Fingers-era Stones all over it, to the point that if it weren't for Javi's scowling & brooding vocals on top of the track it wouldn't surprise you to learn that this was a recently unearthed treasure trove of songs from 45 years ago just now released to the public.

None of that is meant to diminish from the greatness of this work. It can stand side by side with any great work. This is simply meant to acknowledge that, whether he meant for it to or not, Javi's first great musical love can be heard and felt all through this record.

The songs are, as a whole, every bit as dark as the first record. The story telling has grown more distinct than before. Each song tells a chapter of the story, but unlike before they won't let you linger some favorite spot along the way. There is no spot to catch your breath.

I went through about 6 different attempts to go at this on a track by track basis but in the end I couldn't make a single track more important than another and scrapped the format. I tried to come up with a way to not say, "hey, I think this could be the Great Lost Stones Record" but I really couldn't and still be honest in my reaction.

So basically I took away three things from this record:

1) This is the rarest type of album. It requires owning in its entirety, else you miss a large chunk of the story. Yes some tracks (Nightfall in particular) seem more radio friendly than others but that's not the point of any track.

2) Passion still matters for a lot in anything. Passion in the creative process produces great result. This album has the kind of passion to it that tells you it was never an option. It HAD to be made.

3) You could drop songs from this album into a playlist for some old rock n roll fans to listen to, mixed right up next to anything from Sticky Fingers or Exile On Main Street & nobody would bitch. I tried it.

That's why at the end of the day all I can say is that it's a great album, and I think that Mick & Keith would both give their right arm for this kind of album any time in at least the past 30 years. 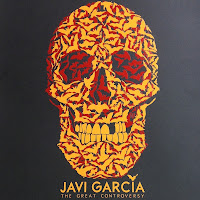 Even though I've seen him in person, I picture the songwriting Javi as something like Javier Bardem's character in No Country For Old Men. This album is the audio equivalent to that movie. I happen to love both but even if you hate the movie you should really give it a listen anyway.

Also, for those of you who didn't jump at your chance to get a pen-and-ink skull drawn by Javi back a couple months ago, you really should have. The man is a great artist in more than one medium.

Sample tracks here.
Listen to an acoustic version of "Josephine" on YouTube
----
Javi Garcia's The Great Controversy can be purchased here and at all the other usual outlets.