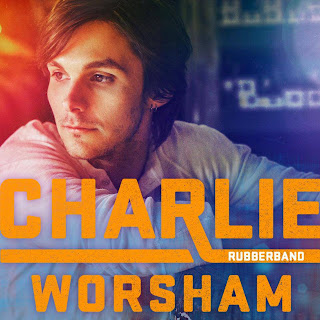 Let's get something out of the way. Charlie Worsham's new album, Rubberband, isn't going to appeal to those of you who can't stomach anything commercial …because it's VERY commercial. Slick, even …and it might even be called "pop country" if this were still 1999. Also, there's no death or whiskey. So, now that the hardcore gritty music fans have moved on to pantaloonsmedicinetentrevival.org, here's why the rest of you should grab this album immediately.

Rubberband is mainstream country music as it probably should be in 2013. It's not rock masquerading as country, or country wishing it were pop, or (thank God) hick-hop. It's accessible but not pandering. It's catchy but not built solely around hooks. It goes down easy, but requires repeated listens to get a full appreciation.

Charlie's music is organic, honest and warm. He's not trying to rock your party or bump the speakers under the seat of your jacked up Dodge. He's trying to make you feel something.

Maybe it's the confusing feelings of the first spark of love, as in winning album opener/debut single "Could It Be." Perhaps it's the desperation of being in an unbalanced relationship, like the sure-fire hit "Want Me Too."  Or possibly, it's the unbridled loneliness of "You Can't Break What's Broken."

Worsham harkens back to the better pop-country acts of the 90's like Diamond Rio and Vince Gill, but also brings a youthfulness and modern freshness to the mix. Gill and Marty Stuart (who'd probably be counted among Charlie's mentors) guest on the charming "Tools of the Trade," a love song to playing music, if there ever was one.

There's not a pasture party or chromed-out truck to be found on Rubberband. There's not a hip-hop beat or raging guitar solo (though Worsham has the chops to pull one off) one. There's just plenty of authentic good music that's not trying to be anything it isn't.
The latest nonsense from Farcer at 2:00 PM