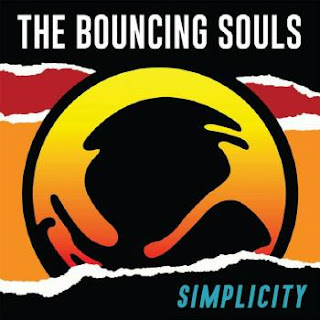 The Bouncing Souls are like visiting your favorite pizza joint, it’s reliable and the recipe doesn’t change. Working on their sing-along craft for over two decades, The Bouncing Souls are back with their new record, Simplicity, and let’s not kid ourselves: this is exactly the kind of record punk purists lose their shit over.

Why? Because absolutely nothing has changed. Don’t worry, there aren’t any Radiohead dabblings, or moments of slowed down, off tempo traipses into post-rock. No one is suddenly dropping country inspired chicken-picking or blues licks on Simplicity.

This is as meat and potatoes as it gets, folks. The Bouncing Souls play pop punk, and they write songs they can play live. They write songs that you’ll sing along to, and they have fun. That’s it. This record is no different. It’s like an AC/DC record, if you’re a fan, you’re gonna be into it. If you’re not a fan, and this comes on at a party, you’re not going to be pissed. It’s not gonna win any awards for originality, but it certainly doesn’t suck.

There's no need to give a track-by-track break down or explain a thought process of what kind of emotional depth Simplicity tries to capitalize on. *

Buy a record, drink a few beers and try on those old pants that no longer fit around the middle, dad.

*But, if you’re looking to hear the super big anthem, just skip to Writing on The Wall, it’s this record’s big one that they’ll be playing three records from now.