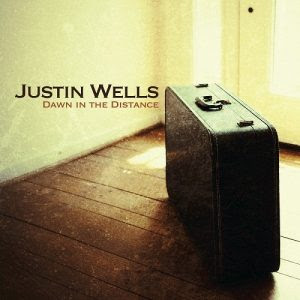 A Review by Trailer

When Fifth on the Floor called it quits last year, it was a real kick in the gut. They were a southern rock band well-beloved around here, and with potential to grow beyond the dive bars and music rooms they were playing. Their songwriting was miles ahead of bands of their ilk, and they possessed a leader in Justin Wells with a powerful, unique and immediately recognizable voice. I felt certain we'd hear from an offshoot of the band, or Justin, eventually, but I didn't know how long it would be.

Thankfully, we didn't have to wait long. Justin is back as a solo act, and he's recently released the stellar Dawn in the Distance.

While there are still moments of almost understated southern rock in the mix, Dawn in the Distance is much closer to being a country album than anything Fifth on the Floor ever released. Justin was adept as the lead singer of a rock band, but he feels more at home here, and the slower tempos allow him to showcase his husky vocals more than ever.

His songwriting also takes a leap forward on Dawn in the Distance, as well. "Going Down Grinnin'" opens with a personal manifesto on moving on from youthful misadventures into adulthood. He's not worried about how past mistakes might affect the journey, though, singing "If a needle in a haystack is the only chance I have, you can burn it to the ground for all I care."

"The Dogs" is a standout. It's another unapologetic portrait of life on the edges. It embraces the underdog life of a touring musician trying to drink away a broken heart. He's trying his best, but the hurt bleeds through even on stage "It ain't easy acting like it ain't personal, and the band asked me not to curse no more."

"The Highway Less Taken" is one of those great southern rock moments, with even some gospel choir-like backing vocals. There's a Dire Straits cover in "So Far Away," where Justin slows the tempo and darkens the mood, giving it a much more haunting feel than the original.

Dawn in the Distance should satisfy every Fifth on the Floor fan, and hopefully find new ears for Justin's ample talents. If it's not an autobiographical journal, he's a damn good actor because you believe every word. There's so much real passion and projected emotion, you'd be a cold soul to come away from listening to this without being affected. Highly recommended to fans of Cody Jinks, Blackberry Smoke, Matt Woods, and the like.

Dawn in the Distance is available on iTunes, Amazon, etc.
The latest nonsense from Farcer at 10:30 AM