Clap for the guillotine: At The Drive In is back 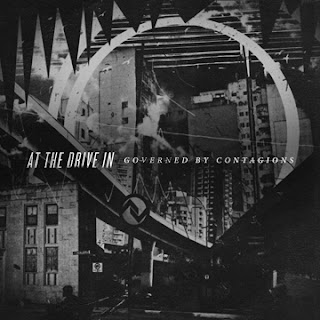 This is not a drill: At The Drive In have released new music and it’s amazing. I cannot write an objective piece because it would be bold faced bullshittery. Seriously. If there are any bands that marked a significant evolution in my musical tastes, At The Drive In’s Relationship of Command is a seminal record that changed everything for me. I am a diehard At The Drive In nerd.

On Governed by Contagions, we’re seeing a sleeping tiger emerge from its slumber. While sure, we saw fascinating glimpses of madness during the The Mars Volta years, it was always At The Drive In we were waiting for. And to see them back was wonderful in the live context, but to know they’re writing music again? Jesus take the wheel. Not only is the song one that holds water in their greater catalog, a harken back to the In Casino/Out days, but it's also got a vicious tenor that offers the listener so much to fantasize about as the new record, or maybe just some songs trickle in.

If you don’t get the chills when lead singer Cedic Bixler-Zavala screams, “that’s the way the guillotine claps,” and then that off-timed clap? You’re not human.

Either way, At The Drive In, are back and boy howdy, this fanboy couldn’t be happier.

Email ThisBlogThis!Share to TwitterShare to FacebookShare to Pinterest
Labels: At the Drive In, Robert Dean