Drake’s a Millionaire, and I’m Still Broke: A Review of More Life 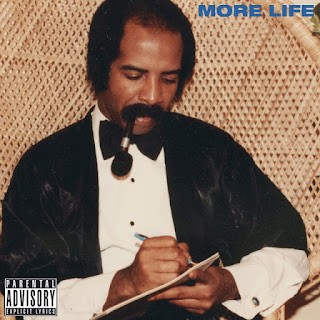 Drake’s a Millionaire, and I’m Still Broke: A Review of More Life


I have a complicated relationship with Drake. Sometimes, he’s the baddest dude in the room, with a swagger that’s incredible, and then, in one swift move drops the softest bars imaginable. To quote my man A-Town Brown, “Drake is entirely capable of folding up like a lawn chair when shit gets real.”

You know what? I ain’t entirely convinced he’s not wrong.

Drake is like a paradox of songs meant for the club, but like, not partying hard, but slow dancing with a dude who’ll get mad if you insult his cologne. Drake is like an expensive purse that people want, but are kinda weird about taking out of the house due to embarrassment.  And, just when you’re like, damn, he’s finally done it, he releases some super lame tracks, then fucking Drake comes at you a million miles per hour with a track that slays. (See: "All Me") Shit is weird.

On his new record, More Life, it’s like half of the hardest tracks ol’ Mr. Wonderful Smile could conjure up, and then a bunch of club track trash. "Free Smoke" immediately sets a tone, but then a few turns later, we’re at "Passion Fruit." And "Passion Fruit" almost made pour water on my computer to stop the wack.

When Tribe Called Quest is still dropping records that destroy and Young M.A. is coming up as the best thing outta Brooklyn in forever, what’s the point of More Life?

It certainly doesn’t feel cohesive - it seems like a bunch of stuff slapped together to say there’s new music out there in the streets.

Since More Life is 22 songs, it’s considered a “playlist” vs. a mix tape. Whatever it’s called, people are buying it. It’ll be number one for the second week in a row. But, people think Five Finger Death Punch is good music too, so whatever. Views was commercial, but More Life feels trying to please too many people with too many styles. And what’s up with this Jamaican accent? You’re from Toronto, dude.

I think being from Canada finally caught up with Drake. Cuz, even as a casual observer, this one just ain’t working for me in the slightest.

--------
More Life is available anywhere and everywhere.
The latest nonsense from Farcer at 11:30 AM