The Decayed Keep the Spirit of Chicago's Punk Scene Alive 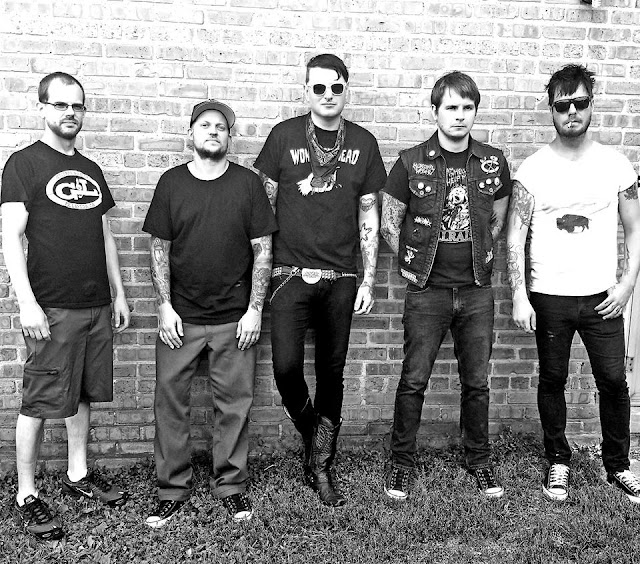 If there’s one thing Chicago is good at, it’s churning out legit punk bands. Not to be sold short on Chicago’s history of solid punk rock bubbling up from the sewers, one of the Windy City’s newest offerings, The Decayed are steeped in the tradition of working class anthems and talking some serious shit. Chicagoans expect their punk to have a slight attitude, a sense of foreboding, even if the city is responsible for Fallout Boy.

Equal parts Motorhead, The Casualties, Agnostic Front, and maybe some Dickies for shits and giggles, The Decayed’s sound is nothing more than the minimum, which is exactly what punk rock should be. Punk shouldn’t have keyboards or atmosphere, but instead, should be some scuzzy ass folks plugging straight into their amps and cranking the volume till eyes bleed.

The songs on The Decayed debut S/T record are fast and pissed. That’s it. There’s a thread of early 90’s hardcore, just without the breakdowns. Despite the apparent digital recording, the viciousness is still present on the record, which is nice. A lot of times bands lose their bite because of over-production. Instead, these tracks feel sonically kin to the classic Pennywise stuff, or maybe even Strife’s In This Defiance – sans beatdown riffs.

Given the pedigree of everyone in the band, who have played in way too many groups over the years to share, it’s unsurprising how reliable this batch of songs are. Considering everyone in The Decayed is in their mid to late 30’s everyone involved has paid their musical dues.

Old man punk bands are great because, in the context of the group’s existence, it’s merely for the love of playing. Everyone has chops, and everyone knows the drill and what’s expected. The posers have been weeded out. These are tunes for beer money and the passion of their scene. And what we’re gifted with a is a debut that doesn’t feel desperate or begging for attention like so many hungry bands drop with the intention of taking over the world. Instead, the tunes The Decayed chose to share are mature, fun and a great addition to the history and lore of Chicago punk rock.

Note: Their album/EP is available for the hefty price of $1 on Bandcamp.


The latest nonsense from Farcer at 11:30 AM