It All Started With a Cassette Tape: Rest In Peace Daisy Berkowitz 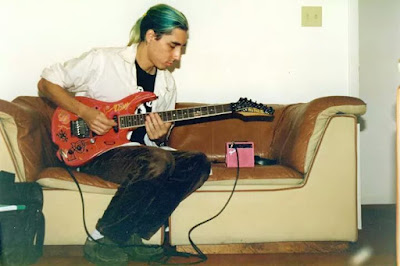 When I was 13 years old, some friends of mine and I would ride our bikes faithfully to our local record shop, Discount Records every month like clockwork. We’d dodge runaway dogs, angry parents and high school kids in Camaro is trying to cream us. With every stroke of the chain around the sprocket, we would direct ourselves toward the sound of the Pixies cranked over a big system or listen to two guys argue about the supremacy of these dudes called Pantera vs. the legacy of Metallica.

Discount Record’s ceiling was lined with Dead Kennedy’s or Misfits shirts. There were cases full of colorful patches that could cover the back of your jean jacket. The place smelled like cheap incense, exactly like a good record store should. The racks were filled with not just swaths of music but broken down sub-genres so that the discerning buyer could shop with trust that their sonic needs were met.

The staff always had a display set up for the records they thought you should buy. It was heaven to me. I had a route of three different record shops I would hit, each of them offering a unique reason to visit. One had cheap punk records, while another was notorious for putting records out early and had a massive selection of bootlegs to choose from. Discount had Concrete Corner Music Samplers, which turned out to be a significant cornerstone of my developing musical tastes.

The Concrete Corner Music Sampler came out monthly and showcased the newest singles from bands in the heavy music community. These tapes were my religion. Because these tapes were free and I had to save every nickel and dime to buy anything cool, I cherished my copy like a junky on a score. Corrosion of Conformity, Sepultura, Danzig, Rollins Band, Primus, and countless others – I owe those tapes for showing me that world. There was one band in particular that struck a chord with me, that made me feel unsafe: Marilyn Manson.

As I played my tape, and I heard that evil whisper of “Goddamn your righteous hand” which bled into thePortrait of An American Family classic, Get Your Gunn, I thought Satan himself had landed into my cheap Sears stereo. The song launched into a twisted battering ram of carnival music laced with heavy guitars and a depraved sense of morality - it legitimately frightened me.

I’d never heard anything like that before. Metal, punk, and some hip-hop were my world. I could listen to a Cannibal Corpse riff and not bat and eye, but this felt powerful and evil. I immediately was into Manson. I bought Portrait and was blown away by the record’s strange artwork, by the ferocity of the music, knowing that if my parents listened to what these guys were saying was straight out of Rosemary’s Baby, they’d be like, “pump the brakes, little dude.”

One of the things that caught me about the record was Daisy Berkowitz’s guitar playing, how it lent so much to the feel of the music, acting as a powerful thread that was equal parts sleaze, but also spooky. As a young guitar player, it was cool to finally be able to play some riffs that were easy but delivered in spades in the anger department. 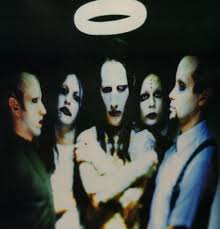 I remember putting on the record and listening to Cake and Sodomy, the lyrics going over my head, but just knowing it was bad news. I had Manson stickers on my stuff, and I had a fuck you attitude that was one notch stronger thanks to these weirdoes from Florida.

Over the years, I’d stayed with Manson up until Mechanical Animals. The spirit of the music and the vibe had grown into something I couldn’t truck with. I enjoy David Bowie, but Marilyn Manson trying his hand at the Bowie thing felt dumb to me. Despite not being into the newer music, I’ve always had an affinity for the band, and will still give the new music a chance, despite rarely delivering for me these days. But, those first three records, those were a trip into a netherworld that will always remain as the golden canon for Marilyn Manson.

With the passing of Daisy Berkowitz from colon cancer, a small flood of memories came back tonight. I remembered being that kid in 1994 who fell in love with Daisy’s era of Manson. I remember his funky blue haircut, the orange flood pants, and Doc Martens. That was a good, simpler time.

I’m sad to see you go, Scott. I may not have known your work in later years, but for a while there, I blasted those original songs and sang them like a little creep with a bowl cut and a baggy Nirvana shirt. Rest easy and stay spooky.
The latest nonsense from Farcer at 10:30 AM