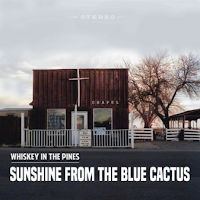 Today we offer you the exclusive single premiere from Florida alt-country outfit Whiskey in the Pines. "Sixteen" is a bass line driven slice of anthemic Americana in the vein of American Aquarium and Ryan Adams. It may take you back to the 90s heyday of alt-country music, when Son Volt was being played on MTV, The Jayhawks were on fire, and Wilco wasn't dad rock. It did me.

There's a bit more bio information and the band's thoughts on "Sixteen" below the player.

Their new EP, Sunshine From the Blue Cactus is available February 2, 2018 from Amazon, iTunes, etc.

What is "Sixteen" about?
This is one of those songs that just fell out of the sky. To break it down simplistically the song was my way of expressing that in the end, it all works out. There is no doubt that the song is the most personal on the record and it encapsulates this strange emotion I was feeling at the time. My mom had passed, my son had just been born, and in the middle of it all was this feeling of retrospect of what in the hell just happened. We move so fast in life we don’t process what we feel. This was me simply looking back saying to myself “If you would have told me that in one year from now this is where you will be, sitting on this bed, writing this song, I would have called you a bold face liar.” I don’t know if it’s because I am more aware these days or just more grateful but I am still astonished at how unpredictable life can be and how good it really all is.
Who/what were some influences when it came to writing "Sixteen?"
Oh, it was so long ago it’s tough for me to remember what I may have been listening to at the time. But I remember distinctively watching an interview with Ryan Adams and he was discussing how he knew what kind of song he would be writing based on where he placed his capo. I never really purposely thought of it like that, even though I love using a capo. On “Sixteen” the capo on the guitar is on the 4th fret which brings a bit of a brighter feeling to it. I remember when I was coming up with the melody in my head that I wanted it to be a bit brighter and the best way to do that was to bring the capo to a higher register. So to answer the question I suppose I would tip my hat to Mr. Adams for at least making me realize how powerful the capo can be when tapping into the emotional feel of a song. 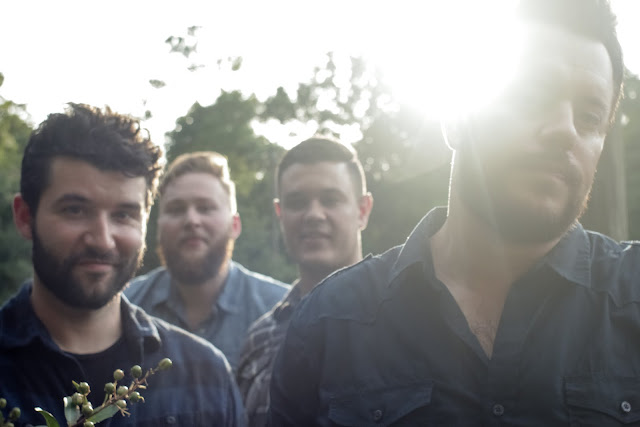 WHISKEY IN THE PINES - SUNSHINE FROM THE BLUE CACTUS

While Whiskey in the Pines’ hails from Florida, synonymous with endless sunshine
and miles of beaches, the ocean is still a long way from the band’s hometown
Tallahassee. “It’s about a two-hour drive,” says David Lareau, Whiskey in the Pines’
plainspoken singer and principal songwriter. The band’s unmistakably Southern
moniker—a perfect fit for its brand of heartfelt, no-frills Americana—was inspired by
their frequent excursions down US-319 south to the languid shores of the Gulf.
“You’re traveling miles of road surrounded by nothing but pine trees,” he says. “And
a good friend of mine always called me ‘Whiskey.’ I drove out to the beach so often
that when it came time to name the band, it was a pretty straightforward choice.”
For Lareau, Whiskey In The Pines has been at once a new beginning and a much-
needed salve to heal the wounds of a tumultuous year. As the band prepares to
release its new EP, Sunshine From The Blue Cactus (named for drummer Erik
Wutz's admired waitress, Sunshine, who worked the lunch shift at the band’s favorite
haunt), Lareau has been reflecting back on the pothole-filled road that led him to this
point.
“When I was writing the songs for Sunshine, My mom had recently passed away,
and I’d also just had my first kid,” Lareau says. “There were all sorts of conflicting
emotions pouring out through the songs. It’s been a journey, for sure.”
Lareau’s Florida roots provide the EP’s alt-country songs with a gentle warmth and
sense of connectedness. This is heartland rock & roll, shot through with an ambling,
country-tinged flourishes. There are songs that would perfectly score a backyard
day-drinking session and others that work as peaceful codas to soundtrack the
after-party cleanup. Which makes perfect sense after everything Lareau has
experienced in recent years. On the autobiographical “Sixteen” and shifty love paean
“Do You Believe in Hell,” Lareau ruefully examines his life’s circumstances,
pondering how past decisions have influenced his present state. Elsewhere on the
EP, “Roses” chugs forward with a driving melody reminiscent of Jason Isbell or Ryan
Adams’ earlier work in Whiskeytown. “It’s times like these when you’re driving
through this town / And you’re playing Tom Petty with the windows down,” Lareau
sings on the chorus, delivering his lines with the authenticity of someone, who—like
the rock legend he name-checks—knows small-town Southern life firsthand.
Inspiration comes to Lareau in many forms. An avid distance runner, he often works
up melodic ideas as he pounds the pavement, reveling in the solitary miles. And, of
course, life in Tallahassee is inseparable from college football and the Florida State
Seminoles—it was at a tailgate where Lareau came up with the framework for what
would become the somber “Drunk with My Friends.” Sometimes, though, the tunes
come together until the pressure is on to record, which was the case with “Roses.”
“My first stab at writing that song came out really dark, which wasn’t a great fit for the
upbeat melody,” Lareau says. “I was stuck on it for a while but ended up pulling out
some new lyrics the night before we cut it. Everyone loved the spontaneity, so we
went with it.”
Lareau writes quickly and trusts his instincts. He may edit things later upon further
reflection or after hearing input from his bandmates, but he knows he’s at his best
when he strikes while the iron is hot. “For ‘Sixteen,’ I literally picked up the guitar with
the melody in my head laid down with my wife and son beside me, and wrote the
lyrics on my phone in ten minutes,” he says. “I luckily found the right words that
rhyme at 3:30 in the morning.”
Though Lareau anchors the band as frontman and songwriter, Whiskey In the Pines
is a collaborative affair and his bandmates have the chops to make these tunes
really hum. Bassist Aaron Halford and guitarist Kelly Chavers are longtime pals. Noel
Hartough produced the band’s new EP while Erik Wutz handled drums on the
recordings, and ace session musician Barrett Williams soars on pedal steel. The
band dynamic and this new set of songs have energized Lareau as he prepares to hit
the road in support of Sunshine From The Blue Cactus.
“We’re really proud of this one,” he says. “We want people to remember these
songs, to sing them in the shower, or when they’re taking their kids to school—to


have them become a part of their life.”
The latest nonsense from Farcer at 1:30 PM