Weird, I Guess I Like the Stones More Than the Beatles Now 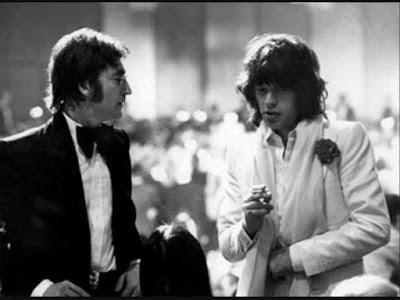 I don’t know at what fork in the road I took, but apparently, I turned left somewhere around "Gimme Shelter." For the longest time, I’ve always packed the Beatles vs. Stones conversation away as a waste of time because both bands are amazing at what they do and to compare them is moot. Both The Beatles and The Rolling Stones changed the face of music. But, the older I get, that comparison, at least for me, starts to have a lot more dimensions than it had in the past.

I’ve always loved the Beatles. For most of my life, the standard, “who’s your favorite band” question was always met with The Beatles and….” Usually, the other band is Nirvana, but others have come and gone. My wife and I like the Beatles so much that our youngest son’s name is Lukas Lennon.

In the realm of pop, The Beatles are the greatest of all time. You cannot move the Rock of Gibraltar that is their catalog. The harmonies are bright and sumptuous. The innovation is unprecedented, and then there’s the sheer genius of the Lennon/McCartney competition of songwriting. But, I’ve heard these songs so many times, there’s no nuance anymore. They’ve been examined to death. For a band who was only around for less than ten years, we’ve microscopically obsessed about them to an infinite degree.

Somewhere though, the Rolling Stones crept up on the Beatles and stole my attention away. There’s something underlying there; there’s chaos to the music that the Beatles cannot compare to. As I get older, I want danger, sex, sacrifice, and mystery – "Penny Lane" doesn’t exactly have that, but "Street Fightin' Man" sure as hell does.

When I hear The Rolling Stones, I continually find a band who did not give a single shit about what was popular and did their own thing without consequence. The albums, Sticky Fingers, Exile on Main Street, Goats Head Soup, etc. – there’s always an off-putting sleaze to them that still adds a sense of danger. But, what the Rolling Stones can anchor emotionally feels greater because of the stripped away bare bones realness vs. the layered studio effects of The Beatles grand orchestral orgasms.

Granted, we could be living in a world where Martin Scorsese movies have altered what a Rolling Stones track felt like and will continue to feel like. But, that’s the thing, The Rolling Stones don’t feel out of place in a dirty garage with bikers puffing on hog legs while wrenching on their Harleys. The White Album wouldn’t fit that scene; it’s too polished, too clean. The Beatles are the soundtrack to every day, the series of moments, while The Rolling Stones amplify scenes of excess and wonderment.

Getting older, I obsess about how my time is spent, about investing worth more than value because they ain’t the same. As the Beatles showcase the brightest and best of humanity with their neon harmonies, I’ve felt more Stones-like as the world has thrust its boot at my crotch more times than I care to count.

This world is hard, and nothing is easy, I guess it’s why sometimes we need a mile marker, something to stab a kitchen knife into and claim it as ours. The Beatles were that for me and, will forever be, but as I evolve as a person, the sense of danger is more valuable than a few ditties about love.