Cruising The Lost Highway In Search Of A Ghost 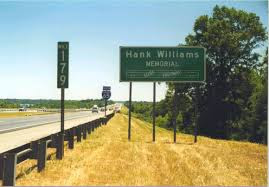 Living in New Orleans is a pressure cooker. The drinking never stops, there’s always a bill due, and there’s never enough overtime. A constant threat of violence lurks omnipresent, and there’s never a night when you can’t stumble into trouble or the best time of your life.

I had to get out of the city. Every six months, I found an excuse to get away from the noise, Bourbon Street, and collect myself. I’d take long rides, going into the abyss on my days off. It didn’t matter where the destination was.
I’d recently broken up with an ex-girlfriend. I floated between trying to understand my place in the city, and also wondering where I’d land career-wise. I was stuck dancing around on Bourbon Street stages while pushing every scrap of writing I could. Everything internally was in a tailspin. I ached for resolve, for a plan. I drank like a fish and slept for days at a time. Drink, write, read, work, and repeat.

I kept a set schedule at work, which allowed me to make plans, I got in my 2004 Ford Mustang and floored it out of the city. I headed to Alabama. I drove endlessly shuffling through my book of cd’s, jamming Elvis, Johnny Cash, Hank, Waylon, JD McPherson, George Jones, to remember a few. I popped across Mississippi and cruised the back roads of Alabama, searching for the ghost of Hank Williams, a wild spirit who’d died too young.

At the time, I felt like we were kindred spirits, as I was known to wail on a bottle a time or two in the dark recesses of the French Quarter while Hank’s escapades were the basis for an entire music genre. Hank Williams has always made sense to me and why he’ll endure centuries after this one; he’s merely too human. His tragedies color many of our own, and because his deliverance was so pure, so tactile, it’s hard not to fall in love with.

Years later, "I'm So Lonesome I Could Cry" is still my favorite song of all time and it still haunts me no matter how many times I hear it. There’s a genuine sadness caught on tape that day and no matter how many artists cover it or try to crack its core, none ever will – that day Hank caught fire. 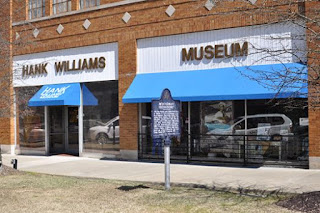 For hours I trucked through little towns and hillbilly outposts, burning rubber toward the trail of Hank Williams. I stopped in the center of Montgomery and stood near his statue at the center of town, sharing a secret with the man many passes by daily without a second glance. I peered into the window of the Hank Williams Museum, cursing myself for arriving in town on the one day it was closed.

I wolfed down hot dogs and a Coke at Chris’ Hot Dogs just like Hank used to do. I sat at the ancient counter feeling like I was partaking in a ritual. I paid my respects at Oakwood cemetery and took more than a few minutes to relish the silence and enjoy being utterly alone. No one else pulled up to join me in my tribute; this moment was between Hank and me.

I rolled up to Georgiana, AL and walked the floors of the Hank Williams boyhood home museum, where I managed to pick up an original program from Hank’s funeral. Everything I did, it felt like I was leading up to a moment, a feeling, but really, it was just me trying to understand my ghosts along with Hank’s.

I-65 between Georgiana and Montgomery is known as “The Lost Highway.” I likened it to a spiritual journey, a conquest only I could take along the way. I stopped and ate Chic-a-fila since it hadn’t spread nationwide yet. It was a Deep South delicacy I’d only heard was succulent and boy howdy were those first bites a communion.

I rolled through those 55 miles and back, trying to will something through his death and my living. By now it was the dead of night. Because I kept graveyard shift hours, the exercise and the return home wasn’t a big deal. But, I was out there searching for something. I’d wanted so much to resolve itself through the music, through the miles, but the dead keep their secrets. I wanted to know how I could harness that energy, which Hank emitted, how a guy blew fire at such a young age, while I was still blowing smoke, trying to get my wings as a writer.

What I realized there was I just needed to gnash my teeth, put my head down and do the fucking work. There was no mojo, no spell and no way to make my bones without some bumps and bruises. That trip was the first leg of self-realization and that maybe “Hank didn’t do it that way.”

I drove back to New Orleans and arrived sometime early morning. I fell into my bed nourished but still looking for fulfillment. I took my ride with Hank Williams but knew as soon as I arrived home, I had work to do, I had to get back to writing. A few months later, I tattooed Hank on my left wrist, reminding me that he’ll be with me for eternity, a ghost I don’t mind guiding me.