Sleep Transcend The Holy Mountain And Enter The Sciences 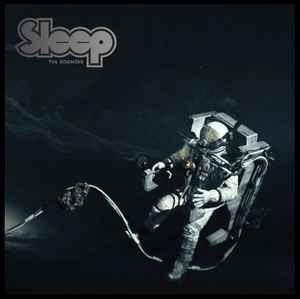 When a band releases a record that defines their career, it’s Sisyphean task to follow it up. Very few bands can write a Sgt. Peppers and come back swinging with the White Album as the Beatles did. The same goes with the Stones, who managed to write five classic records in a row, starting with Beggars Banquet and ending with Goats Head Soup.

Bands like At The Drive In, Glassjaw, Refused, and At The Gates, all have classic records people obsess over and study to an almost scary degree. Genres and styles of play have evolved around the seminal The Shape of Punk To Come and Slaughter of The Soul. Over twenty years later, kids are discovering those records and trying their best to copy the magic caught on tape.

When Sleep released its droning, doom-defining monolith Dopesmoker, it was met with a resounding thud thanks to the band's label refusing to release it in its original form. A secondary tracked down edition titled Jerusalem finally was released, but it was always Dopesmoker that found its way into tape trading circles and bootlegs pressings. But, the fervor for Dopesmoker bubbled up from the tar pits and over the years, has become canon for all things stoner.

In the wake of Dopesmoker’s release and subsequent troubles, Sleep broke up, but remained brothers in smoke. Al Cisneros formed his otherworldly OM while guitar hero Matt Pike challenged Lemmy for the baddest man in rock and roll with High on Fire. Drummer Chris Hakius played in OM for a few years but ultimately hung up his sticks to focus on being a family man.

And then in 2009, Sleep reformed out of nowhere. Capitalizing on the growing doom and stoner scene in mainstream metal circles, Sleep went from playing ½ filled bars in cowboy towns to packing bodies into rooms holding a few thousand across the globe. For almost a decade, the band toured sporadically, hitting the Blue Chip festivals or doing a nationwide run for month or two, raking in the cash.

In these past years, Cisneros, Pike, along with new drummer Jason Roeder of Neurosis fame pummeled their way through Sleep’s greatest hits and no one was one bit mad about it. They still got the cherry festival payday, while red-eyed fans gobbled up the band's merch with no fear. For the band, the promoters and the fans, this worked, and it was easy for one simple reason: writing new music could taint the legacy for the world’s greatest doom band that’s not Black Sabbath.

Music, especially metal fans can be fickle. People care about legacy in heavy metal. Bands can go from hallowed legends to “they wrote The Ugly Organ, but the new stuff sucks” real quick. Once the band falls down the ladder a few rungs, people stop showing up to the shows, and the hype dies down.

Sleep continually teased new music, but only released one track, “The Clarity”. Everyone figured they’d write a new record, someday, but till then, fans would enjoy hearing “Dragonaut” or “Holy Mountain” at shows, knowing they’d never be bumped out of the set list.

But then on 4/20 Sleep surprised the world with their first record in two decades, The Sciences through Jack White’s Third Man Records. The Weedians had awoken, and they brought forth new tunes for the stoned masses, but the question that was on everyone’s mind: would Sleep cheapen their legacy or affirm it?

The band did neither. Instead, The Sciences is one of the year’s best records and moves beyond, “good follow up to Dopesmoker,” and places Sleep as the undisputed heirs to the throne of Black Sabbath. The Sciences is not only a neck breaking, sludgy love song to the universe, it’s a poem to the mysteries of faith, but it’s also a masterpiece.

Al Cisneros taps into the wild, unearthly drones of his OM project and interjects them seamlessly into the 2018 edition of Sleep. The band capitalizes on tight, circular driving grooves that feel familiar, but not tired or a rehash of what they’d already achieved.

The Sciences offers a narrative on what’s it’s like inside Sleep’s world of churning riffs that demand the listener join them on a quest into the deep recesses of the mind.

Instead of mindless wandering, which many of their burned out contemporaries are guilty, tracks like “The Botanist” and “Marijaunauts Theme” are soulful explorations of what stoner metal, doom, or whatever you want to call it are capable of thanks to Sleep challenging not only themselves, but where the genre can go sonically.

The record takes the classic riff exploration of the Sleep blueprint, but showcases the intensity of Matt Pike’s furious playing, should anyone forget he’s more than the shirtless guy with the beer gut, but a metal icon that happens to be relentless guitar hitman.

The Sciences transcends because of two primary reasons: one being Jason Roeder utterly and undeniably changed the DNA of the band for the better with his brilliant handwork along with his in the pocket, dynamic drumming that’s more John Bonham or Bill Ward than he lets on with Neurosis.

The second major plot point regarding the success of The Sciences is easy to spot: the band are students of the game. Cisneros, Pike and Roeder are still stoners playing metal in bands who tour most of the year. They’re involved in the evolution of the scene with Sleep, but also High on Fire, Neurosis, and OM. These dudes never lost touch with their mission but evolved as musicians, and people in the process of the band’s successes.

The songs on the record are playful and on the nose with their love of all things Black Sabbath and the dank kush. The vocals are less hooky sing-alongs to capture an ear, but instead on “Giza Butler” or “Sonic Titan,” they’re droning absolutions to a realm we probably cannot fathom.

Instead of a lousy cash grab, we’re lucky enough to see this trio of brilliant stoners evolve before our eyes. Who knows how long a record after this one will take to craft, it doesn’t matter, anyhow. These six new tracks on The Sciences are good enough to hold us over for a long while, or at least till the pipe needs repacking.

The Sciences is available everywhere you enjoy music.
The latest nonsense from Farcer at 10:45 AM