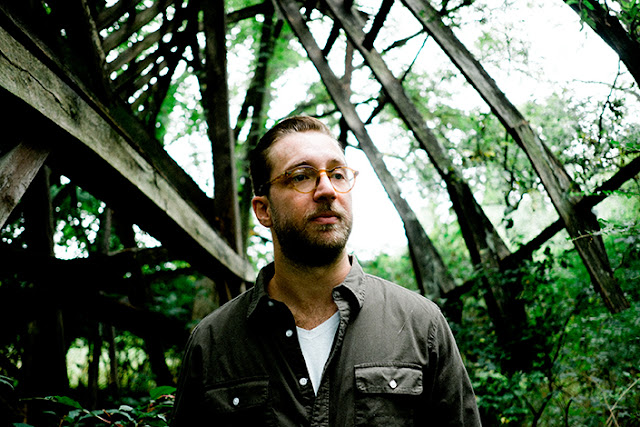 Today we’ve got a song premiere from singer/instrumentalist Philippe Bronchtein. He’s previously been a touring musician with acts such as The War & Treaty and Esme Patterson, but looks to share his own outlook with his new EP Oregon Air, out tomorrow. “Beneath the Bridge” is a chilled-out folk rock song that showcases Bronchtein’s warmly weathered vocals and honest way with words.  It's as comfortable as a fleece in the cool Pacific outdoors, and by comfortable I mean just what you needed. RIYL: Caleb Caudle, John Prine, James McMurtry.

"I wrote Beneath the Bridge while reflecting about a past relationship during my time in Portland OR. I've always tried to live my life in the moment, but the other side of that coin is that the memories take on a life of their own. They flux between feeling like none of it ever happened and a romanticized version of events. The song is really just a series of questions regarding the nature of our memories." -Philippe

More information on Bronchtein and his new EP below the song player!

As a side man and solo artist, Philippe Bronchtein has logged several hundred thousand miles in on the road, crossing and recrossing the US and the Atlantic. In a few short years, he had quickly become one of Portland's most well-loved, consummate road-warriors, cherished by fans of songcraft, other songwriters, and the bandleaders who, over and over, invited him to join them on tour. Before the age of thirty, he'd released three LPs, numerous splits, 7"s EPs, and singles under the moniker Hip Hatchet and toured as a multi-instrumentalist for the likes of Esme Patterson, The War & Treaty, Quiet Life, and others. He relocated to Nashville in 2017 to continue working as the pedal steel & organist in The War and Treaty.

On July 23rd, singer-songwriter and multi-instrumentalist Philippe Bronchtein will release his brand new four song EP Oregon Air. On it, Bronchtein offers familiar musings about home & love. These are road-worn songs penned in the back of vans, airport gates, hotel rooms, and unfamiliar kitchen tables. The album features Max Brown (Bass) and Sam Wilson (Guitar) from the War and Treaty band, while Drummer Josh McCewn lends a reliable and upbeat rhythm to the songs. Despite recording Oregon Air during a brief break in his touring schedule, this collection of four songs proves that Bronchtein is more than just a side man.