The Melancholy Sounds of Chris King and The Darkness 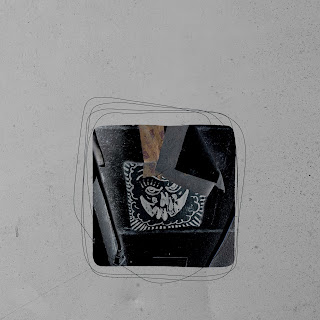 There’s “Texas Country,” and then there’s Texas Country. The Lone Star State pumps out an impressive number of bands and artists, that absolutely change the game, but there’s a lot of stuff that sucks beyond words, too. We’ve got the red dirt and the outlaw thing down to a science, but ho-lee-shit, the pop stuff people try to pass off as legit ain’t exactly what someone would call a “good time.” Texas is a prominent place in the country music lore. There are a lot of conflicting ideas of what the state should sound like - we’re overrun with dorks in an oversized dress shirt and a bad cowboy hat try to get people excited about tailgating in a field. Because we’ve not heard that scenario in song form over a bazillion time.

Thankfully, we’ve got a healthy center of gravity with acts like Scott H. Biram, Dale Watson, Black Eyed Vermillion, and Chris King holding it down.

On Chris King’s new record, Lone Rats, the central Texas singer-songwriter taps into some of the tried and true Texas themes while keeping far away from the tired bullshit. The songs are stripped down, honest, flawed, and raw – precisely what one should expect from a solo singer-songwriter. These songs tackle those issues we think about lying in bed, wondering where we fucked up, how it all went wrong, and in those fantastic, and rare cases, what we did to make it go right.

Lone Rats is all over the place, it’s got some uplifting tunes about flowers, and it dwells a little long in the darkness, it’s a lot of colors, but that’s what makes this collection fun. King recorded it in the back of the furniture shop he works at with a bunch of other musicians in the middle of the night, in the dark. Which is a fitting vibe for the sound of the songs. King also played all of the instruments on the record, which also gives it an interesting flair.

If you’re in the mood to experiment, check this collection of jangly Texas tunes. Give Chris King a listen or at least talk shit to him on Twitter about college football. Whatever road you take, get him on your radar. There might be a little mud on the tracks, but they ain’t some high-dollar Nashville bullshit.

Lone Rats is out October 4.
The latest nonsense from Farcer at 10:30 AM