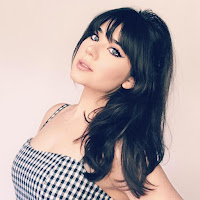 Queen of The Boys Club is a pop-heavy record, but it also leans on some 1980’s Berlin vibes, too. Layers are happening here that are a little different from what we’d typically cover, but the quality is definitely there. On Abshire’s previous work, Unresolved, Still So New, you can hear the arc of her musical growth. Despite some of the more poppier sounding songs, it’s obvious as all get out that this woman has a set of pipes on her.

What drives the record, and honestly, all of Abshire’s previous work is the luminescence of her voice, with its astonishing clarity and power. When you hear her sing, you can tell there’s something trapped inside, that listening to the span of all of her records, there’s a depth that’s very much a work in progress. Finding that next level, peeling back the onion could be the thing that sets Abshire apart from the crowded field of talented singers down here in Austin, Texas.

Queen of The Boy’s Club is a table setting record. It’s easily Abshire’s most substantial effort, but it also makes you wonder what would happen if she leaned in harder on the Mazzy Star vibes but went deeper by going full-on Portishead or Massive Attack. With her ability to hover in ethereal space, it would be interesting to see her collaborate with musicians around Austin who could elevate her, but also challenge her, too. Seeing her dip a toe into the world of trip-hop would be a fantastic step forward and into the unknown.

Queen of The Boy’s Club is streaming on Spotify.