Possessed by Paul James is Back and Thankfully So 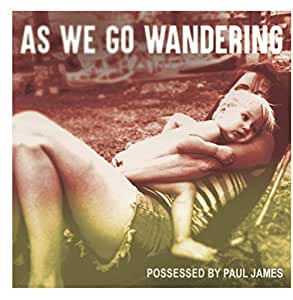 Do you remember those old ads for Miller beer where they used the old idiom, “pure as the driven snow?” The tagline was meant to offer a sense of balance, provability, that no matter what, this beer was something you could count on as a taste of humility, of home – no matter where you were. A lot of people bought those beers and toasted in dives or over campfires. If there was an artist who elicits that sensibility, that ode to “home” as a function of being rather than a tangible object, it’s Possessed by Paul James.

For years now, it’s escaped me how Possessed by Paul James isn’t a household name. He’s one of those artists who does what the Avett Brothers or even The Devil Makes Three does, but with a sense of darkness that’s palpable, infectious, but always feel believable, feels true.

Back in 2013, his record, There Will Be Nights When I’m Lonely, scored major critical points gaining praise from outlets like NPR, The New York Times, CMT, and MTV, it even reached the Billboards.

On his new record, As We Go Wandering, PBPJ doesn’t stray from the path, it’s his classic sound complete with odes to moving forward through the fires of our personal lives, but also how to be a better human despite it all. With his day gig being a Special Education teacher, Konrad Wert, as he’s known in professional circles, is a champion for justice in education, and it’s no question these batch of songs reflect that quality. There are moments of hope, despair, and longing to see humanity through a lens that isn’t hateful or ugly, which is something we can all arm ourselves within 2020 and moving forward. If Possessed by Paul James is a symbol of the positivity that could linger through the ether this year, let’s get behind him, the record, and that feeling. God knows we need it more than ever.

As We Go Wandering will be available wherever the good stuff is found on January 31.