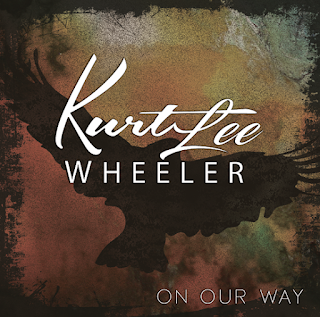 Kurt Lee Wheeler is a self-taught guitarist and songwriter out of Georgia who brings together all the sounds of the southeast into a familiar but unique sound palette with his music. Based on his bio, he’s a teacher by day with a past in the military and working cattle - a perfect resume for Americana if you asked me.

Wheeler’s new album On Our Way pulls together threads of rock, gospel, folk, and country to create a presentation that leans toward what I’d call ‘jam band style’ music. However, Wheeler’s focus is squarely on songwriting, not the endless experimentation and instrumental detours of that style of music …thus, I really enjoy it. (Yeah, not a fan of jam bands)

Let’s dig in a little.

“83, 53, 23” brings an Appalachian edge with ample use of fiddle and resonator. It’s a tale of family legacy, hard work, and hard times. It’s both uplifting and a heavy dose of reality at once. “Been working ten years and I’m 23” is a bracing line.

My favorite song on the album is probably its most commercial, “’Til Death is the End,” a wedding song for an outdoor ceremony in the Blue Ridge Mountains if I’ve ever heard one. It’s sweet and kinda sappy, but holds a dark edge throughout and the instrumentation is absolutely beautiful.

Yeah, that’s a Billy Idol cover at track 6. Wheeler’s take on “Rebel Yell” is reminiscent of the sparse, haunting covers you always hear in movie trailers these days. It’s cool, I don’t know how else to describe it. It gives some intriguing texture to the album.

I cannot tell a lie. While track 2, “Faces” is well played and performed, I’m just not into the repetitiveness that tends to be a staple of jam band oriented music. The refrain “Caught you runnin’/keep on runnin’” in this case, wore heavily on my nerves after a few listens. That’s not to say it’s a bad song; it just isn’t my cup of tea. In fact, a lot of these songs are lengthy, but that’s only a negative for me on this particular song.

On Our Way is an expertly played (I love the piano on this record), honest, well-written album and Kurt has a voice that immediately grabs you. Hard to believe music isn’t his primary career. Give this album a listen; there’s something for literally everyone in Farce’s readership.

On Our Way is available tomorrow on Amazon, etc.