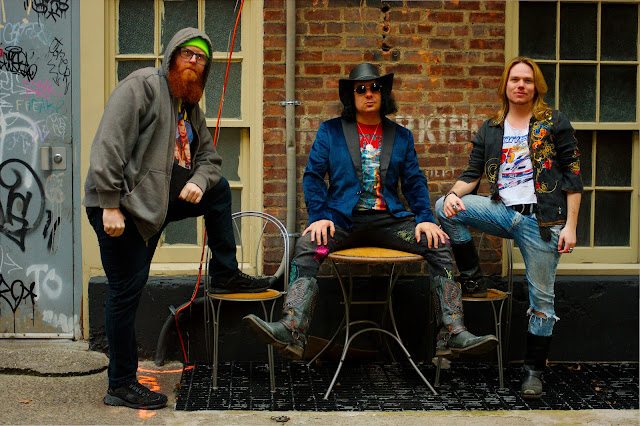 When I was a kid, I had a lot of videotapes. Every weekend, I’d sit around waiting for shows like Headbanger’s Ball, Alternative Nation, and 120 Minutes to come screaming out of the depths of the MTV studios and into our lives by the sounds of My Bloody Valentine Beck, Screaming Trees, or Big Black. I was lucky enough to live in the era of jerky record store clerks who shit on you for mediocre music tastes. Radio DJs took pride in breaking new bands and music television that wanted you to fall in love with rock and roll, no matter what your shape or size was with the noise.

I’m getting older now. It’s weird seeing kids wear Doc Martens and Nirvana shirts but have no idea what either meant to us when both things were not en vogue. One thing that I’ve moaned about repeatedly is while it’s cool and all to adopt the fashion, where was the music? Where are the bands who carry the torch for one of the greatest eras in music history? Someone had to be wondering, “what would J Mascis do?”

Then I got hip to The Dionysus Effect.

The Dionysus Effect is a three-piece off somewhere out of upstate New York, making the right kind of racket. You can never put your finger on what a band listens to or who they were influenced by unless it’s stapled to their chest, scribbled in fanboy blood. But, upon hearing the band’s debut record, there was a flash of riding second-hand BMX bikes to the record store to discover something in the used bin, looking for that new grail to love.

At one moment, the vocal phrasing reminds me of Matt Skiba from Alkaline Trio, but then, it’s Nick Cave. The Dionysus Effect’s music sounds like a time capsule from early alternative radio ala bands like Hum, Sebadoh, The Stone Roses, or Pavement. On “Stars,” the guitar work is light and airy, it’s not driven by aggression, the drums handle all of that work, and on “Heroin,” everything again feels like the music was meant to be on vinyl, ready not for a download, but an honest listen.

Given that this is their first go-round with releasing music, you can hear where the band will only get better, where you’ll see the bumpy bits tighten up or be thought about differently the next time they hit the studio. There’s underlying aggression, something many bands manufacture but don’t realize. The creators of the style and sound weren’t trying to outwit one another. They didn’t know other bands were as fucked up as they were – we didn’t have Instagram when Sonic Youth dropped Daydream Nation, or Dinosaur Jr gave us Feel the Pain. You can hear where down the line, the guitars might be a little more violent, where a scream might make more sense than a howl.

If The Dionysus Effect is a good indicator of what’s coming down the line (there's a full album on the way later this year), the kids, as they say, will be alright if these boys show them what’s possible when a world as insane as this one gives you perspective to howl over.