Maybe 101 albums is too many for a "Best of" list. Some may think it's indulgent or that I'm showing off how much music I listened to ....but that's not the case. I just love music so much and it needs to be seen that good music is still being put out in this day and age of disposable songs. I listened to many, many, many new albums in 2011 and passed on dozens more after previewing them. The FTM 101 includes all the albums I heard and think are most worthy of mention. Here's the first installment (higher up the chart will include write-ups). 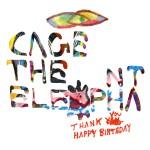 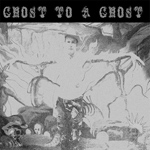 Email ThisBlogThis!Share to TwitterShare to FacebookShare to Pinterest
Labels: 2 Steps Back, Best of 2011, Cage the Elephant, Childish Gambino, Deer Tick, My Morning Jacket, R.E.M., Sharon Jones and the Dap-Kings, The Charts, Trombone Shorty

2 Steps Back - Lovers and Fighters 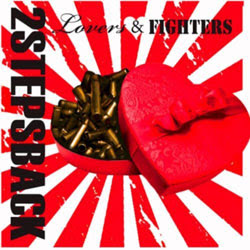 2 Steps Back is a terrible name for a band that isn't a group of similarly dressed pretty boys with bad hairstyles dancing to pop songs. The members of 2 Steps Back have the bad hairstyles, but none of the other boy band details apply.

2SB is a red dirt band who plays a blend of country and rock that isn't far removed from the likes of Reckless Kelly and Cross Canadian Ragweed. What sets them apart from that crew is their youthful energy. There's also a larger portion of their sound that draws from alternative rock, giving them a more driving aesthetic.

Given the baby-faced appearance of the group, one might expect them to play a bunch of songs about love and partying. One would be partially correct in that assumption, but on Lovers and Fighters, 2 Steps Back goes a little deeper than that. Their song-crafting is mature, from the well-developed lyrics to the strong melodic component of their writing.

There's a worldly coolness to the sound of songs like the mid-tempo leaving tune "205" that melts back over multiple listens to reveal a resigned sadness. In fact, there's a whole lot of leaving on Lovers and Fighters. "Can't Change You" is another song of broken romance that wonders "why do we keep wishing on the same old stars" as the singer leaves the unshakeable girl he desires behind.

"When I Was King" looks back on the carefree years of adolescence with a wistful affection that belies the fact that these guys can't be far removed from those easier times. It's a stripped down moment that ends the album on a much lower key note than the bulk of the album. It also reveals that somewhere in between the "lovers and fighters" lies the true man, one who's a little of both and is still trying to figure out his place in the early years of being on his own in the world.

Lovers and Fighters is highly recommended to fans of Turnpike Troubadours, Reckless Kelly and others of that ilk (in fact, it's much better than Reckless Kelly's recent release). It's a catchy album that surely gets the live crowds pumped but also provides a soundtrack for quieter moments alone, reflecting on the comforts of youth and looking towards the unsure travels ahead.

You can listen to samples or purchase the album here.

It's also available on iTunes.

The latest nonsense from Trailer at 1:20 PM 0 complaints