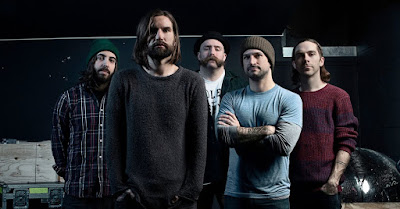 Every Time I Die give me an everlasting boner

Sometimes there are bands out there grinding, making a living, killing it show after show, but somehow, they’re not as big as they should be. It’s frustrating when you see a band put out a stream of quality records, while touring mercilessly, and never losing their souls in the process, and still just still feel like they’re somehow getting the shaft.

For me, that band is Every Time I Die. You wanna talk about a band who’s bucked every trend, not given a single shit about what all of the cool kids are doing, and still managed to write some of the best records of the last decade? It’s those dudes.

From Ebolorama, to Logic of Crocodiles (Personal plea: play more Last Night in Town shit, dudes. Us old men want to hear this and Pincushion.) to the new slayer, The Coin Has a Say – Every Time I Die are a goddamned powerhouse of vicious rock and roll fury.

What kills me about ETID is that they’re in that weird spot of too big to play little clubs in music towns, and still humble enough to take a good tour when someone asks them to join them. Honestly, for my money, I have this bet with myself that a lot of the bigger bands in metal are slightly afraid of letting ETID open for larger crowd due to the fact that when the Buckley brothers and Hammer Smash Andy suit up for the night, they’re leaving corpses in their wake. 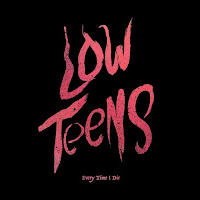 And don’t think our boys from Buffalo aren’t out there struggling to keep the lights on, they’re doing fine. I just want more people to buy their records, buy their shirts, and keep them on tour. In a sea of tasteless boring bands, Every Time I Die manage to pump out consistent, great records with a vibe and personality. A lot of the drek out there can’t say that. When ETID first burst on the scene, all of the big bands were riding the nuts of At The Gates, and today, it’s Meshuggah. Did Every Time I Die give a shit? NOPE. They went the exact opposite and put out records that dodged every trend. While their peers came and went, Every Time I Die are still relevant because they’ve always chosen to not follow.

Folks need to recognize droning, boring eight string nonsense ain’t that great. Get your party on and give your hard earned cash to some dudes who earned respect and earned their place as one of the best hardcore bands of the 2000’s. And that ain’t shinfo.