Austin, TX Still Has Plenty of Bands you Need to Listen to ASAP 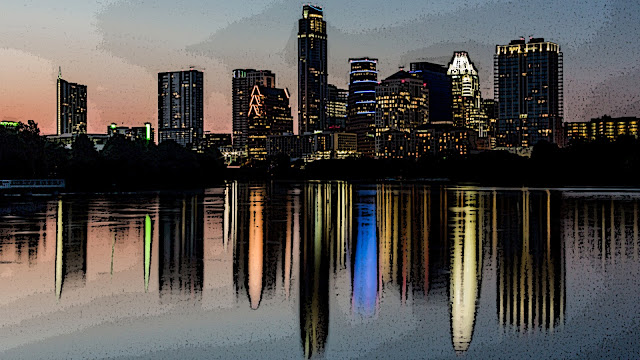 I’m coming close to a decade in Austin, Texas. I’ve seen the changes, and yeah, some of them are worth complaining over. But, as the city evolves and becomes one Thanos stone away from some megalopolis that only Elon Musk can afford, there’s still plenty of aspects to this cultural wonderland to celebrate. Great Tex-Mex is everywhere, no shortage of cheap Lonestars at beer joints across the city, and there’s still hot music every night of the week.

Hippies and cowboys shit-kicking one another built this city on the good timin’ sounds of Willie and Waylon. Since then we’ve seen the rise of bands like Black Pumas, Ghostland Observatory, and Gary Clark Jr, who all showcase the best things about the Capital City every night throughout all corners of the world.

Keeping housing affordable in town so the creative class can continue to live here is critical to maintaining the identity of Austin intact because as much as we all love dorks on Bird scooters zipping around downtown in their $500 Nikes, we need the artists, musicians, and now comedians.

With so many good bands playing every night, I thought it was imperative to share some of the music that folks need to know, ones that show the best of what the city has to offer. If you dig what they do, buy some merch, stream their stuff, or catch them on tour. And if you can’t do any of those things, there’s always planning a vacation.

In no particular order, these are some of the bands you need to know in Austin right now:

GoodEye delivers some heavy psyche that’s got serious Sleep meets Radiohead vibes. They’re heavy but not scared to get all “Shine on You Crazy Diamond,” either. If you’re looking to smoke out before going to Riff City, this is your band, Cheech.

Classic Austin punk rock. Should need no introduction. Super fun and super insane live shows where no beer is safe from being thrown, just as no surface won’t get crawled on and jumped from.

The Mellows
If you’re in the market for grooves straight from the malt shop, The Mellows deliver the goods. These guys do straight 1950’s do-wop with a twist of early rock and roll. Fantastic.

Another classic Austin band that should be a bigger deal than they are. If you’re looking for that wild-ass early Butthole Surfers vibe, these guys bring it like total fucking weirdos. These dudes are that perfect drunk marriage of country and punk that smells like spilled Bud Light and cheap reefer. If you’re in Austin for a weekend and these guys pop up on Showlist, don’t sleep on them. Buy that ticket.

Yeah, weird name, but pound for pound, the best metal band in Austin.  Riffs for days, everything has a hook, and they’re totally in on the joke. Any chance I get to catch the Rickshaw, I take it. I even have their sticker on my laptop. And I don’t listen to a ton of metal.

The Sword
Yep, the local gods are still around and still ruling. It’s a fucking crime these dudes aren’t everyone’s favorite band. Either way, they’re still here, and they never stopped being awesome.

Trace of Lime
Another Vulcan Gas Company house band, Trace of Lime, is straight-up 90’s alternative worship. It’s weird being old enough to see my years in high school become a musical source of inspiration, but these kids are doing the decade justice. This is right up your alley if you’re a fan of Dinosaur Jr, the Pixies, or the Violent Femmes. Plus, these guys crush live, too.

User Unauthorized
These kids aren’t even drinking age, and they’re getting on all of the best crusty hardcore and punk shows in Austin for a reason: they deliver. The music is abrasive, fierce, and with them still being so young, like high school young, this is a band who’s only going to get more pissed off as the years fall within the hourglass.

Transit Method
Think Mars Volta meets Smashing Pumpkins riffs and then layer in Coheed and Cambria. That’s Transit Method. They’re a band you need to watch just as much as listen thanks to how complex and layered the playing can go from small moments to gigantic movements, all with a riff that one minute sounds straight from the Grateful Dead’s catalog and then goes all rock and roll city.

David Ramirez
If there’s one singer-songwriter you need to embrace in the cultural history of Austin, it’s this guy. David Ramirez is the real deal. He’s no-frills and comes from the school of the heart of George Strait, but has all of these moments that are more art school and Echo and the Bunnymen all within a breath. If you’re into Black Pumas or Tyler Childers, David Ramirez should be on your playlist just the same.