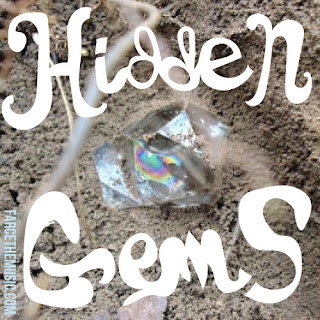 
“Coal War,” from Joshua James’ 2009 album Build Me This, starts out as almost a call and response blues song like you’d hear on Alan Lomax field prison recordings. Later on, it takes flight as a gospel rocker with a huge crescendo, before returning to the “I’ve been working on the railroad” bit. It’s very effective and pretty unique. The rest of James’ discography has not grabbed me as hard, but this is a hell of a song. “Coal War” was used on the show Sons of Anarchy and appeared on its second soundtrack. Take note, pop country. (Not that this is in any way related to pop country) This is how you do clap beats.

Hanna-McEuen “Ocean”
Simple and gorgeous, “Ocean” is a plaintive folk-pop song about settling down, mentally and literally. Hanna-McEuen’s gentle harmonies carry the song, but it’s all about the vibe. This is a “close your eyes and meditate on kicking back in a beach chair and letting the waves lap at your feet” kind of song without any of the Buffett and Zac Brown Band cheesiness. A true hidden gem, “Ocean” was released as a single to country radio in 2005 but did not chart. The duo peaked at 38 and 56 respectively with their other singles “Something Like a Broken Heart” and “Tell Me.” They disbanded in 2007. McEuen now records as a solo act, while Hanna plays with both Gary Allan and the Nitty Gritty Dirt Band as guitarist. (Both Hanna and McEuen are sons of Nitty Gritty Dirt Band co-founders)

K’NAAN “Fatima”
K’NAAN is a Somalian-born singer, songwriter, and rapper who has had moderate success in the US and UK. His song “Wavin’ Flag” was the official song of the 2010 World Cup. “Fatima” from the same 2009 album was never released as a single, but it has had the most lasting effect on me. It’s a sorrowful but musically uplifting true story. K’NAAN was born in Mogadishu and became close friends with a girl next door. Not long before he was granted a VISA to the United States, she gave him a letter written in English to wish him well and encourage him to learn the language. Mere days after arriving in the US, he heard that she’d been shot and killed. This is a beautiful tribute to her. It’s jaunty, catchy, thought-provoking, and most of all, full of heart.

John Popper & The Duskray Troubadours “Champipple”
Just good ol’ dumb fun. Popper, lead singer of Blues Traveler, lets himself get loose with this side project band and “Champipple” is the best of the bunch. If you’re not in the know like the rest of us Fred G. Sanford fans, champipple is a sweet concoction made of champagne and ripple. This is John Popper’s ode to this delightful beverage that’s “almost free.” The song is silly, easy going, and danceable. It reminds me of something Shinyribs might put out. Kick back and enjoy! 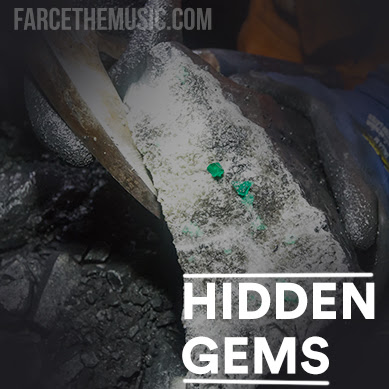 The Broken West - “Down in the Valley”
Holy shit, what an introduction! When I heard this song, I thought this band was destined for greatness. Power pop with some Americana influence, and a MASSIVE hook, swagger, and all kinds of “It” factor, this should surely have made them a household name. Sadly, it didn’t happen. In the very least, “Down in the Valley” should have been a big hit in some format. That didn’t happen either. I have no idea why. It’s a damn ear worm. The Broken West only released 2 proper albums and broke up. What might have been… with better promotion and the right ears hearing it. They’d fit in perfectly today with pop inspired rockers like White Reaper and Rookie.

Krizz Kaliko - “Bipolar”
Part of Tech N9ne’s hip-hop collective, Strange Music, Kaliko is both a skilled rapper and a talented vocalist. “Bipolar” features the latter, and it’s a strangely catchy look into a difficult upbringing. Dealing with childhood mental illness, it's a bracing story with an addictive piano riff and an oddly sing-along chorus. The contrasts make this a memorable tune. And for those who think hip-hop is just brags over beats, this is a narrative filled with true emotional candor. A real hidden gem.

Whiskeytown - “Choked Up”
I know Ryan Adams’ name is verboten these days, and with good reason, but I’m slowly coming around to allowing myself to listen to a few of his songs again (at least if they come up in a shuffle, I don't skip), particularly the best of the best. This is one of them. Adams’ vocals are chilled out, letting the killer melody and tasteful harmonies take the lead. It’s a sweet pop-folk tune that sounds like something you’d hear in the background of an early 00s teen drama that you’d rush to buy on iTunes after the show, but one that stands the test of time. It was recorded during the Pneumonia sessions, but left off that record. To my knowledge, the only release of this song was on Lost Highway’s compilation album Lost and Found, Volume 1.

Robert Bradley’s Blackwater Surprise - “Once Upon a Time”
“Once Upon a Time” was a minor hit on MTV in 1996 but has been lost to the sands of time. It’s a soulful, nostalgic look back at the days of Marvin Gaye and ’72 Chevys. Bradley’s gritty voice is the centerpiece, and I was hooked immediately. A blind soul singer finding success in his latter years leading a garage rock band was quite the marketing hook, but this band backed it up with moving music. Although I had my doubts, I’m happy to report that Bradley is still alive and recording music. Wikipedia lists the band as still active, though they have not released an album since 2008.