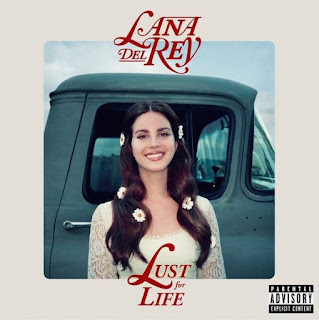 Lana Del Rey catches a lot of shit. Like, acres of shit. People either adore her or hate her. There’s usually no gray area. Journalists love to hate her while trying their best to motherfuck her straight into the musical grave. Often it feels like one of the biggest issues with Lana Del Rey’s music is that she does whatever the hell she wants and that drives people who want to pigeonhole her insane.

From slow murder ballads to pop collaborations, Lana Del Rey has an enchanting sense of magical realism about her. She’s crafted her persona so well, that her career is much more of a pronounced art piece than anything Lady Gaga could dream up. Instead of living her life splashed across the pages of every music rag, Del Rey manages to keep us guessing on who she is and where the real her ends and begins. That’s the allure to her personality, it’s easy to fall in love with the sound of a soft piano and a sultry voice, letting you drift away into a dingy Hollywood nightclub where sleazeballs drink highballs, and the call girls lipstick never smears. That’s what Lana Del Rey creates with her music and frankly, it should be celebrated.

On her new record Lust for Life, Lana Del Rey taps into a swath of styles and personas but ultimately never stays from the darkness that trails her in whatever she does. Lana Del Rey isn’t a stadium act or someone who can bring the close-knit sense of foreboding into a theater with maximum impact. While David Bowie toured, he hated it, having preferred the walls of the studio where he could execute a sound that was perfect and true to his identity. Lana Del Rey is similar in that respect given that at even her most poppy moments, they still feel like they’re bred from the shadows.

What ingratiates listeners to Lana Del Rey is her dedication to lifting the veneer over honesty. Everything is listless and pure. Nothing is off limits, her mistakes, the world to which she exists, love, and sex. There’s a sentiment that Lust for Life her new record is her happiest, which is a falsehood if you dig into the record. Despite the happier beats on some of the songs, challenge yourself to listen to the words. Despite a more joyful sound, Lana Del Rey has pulled off the ultimate bait and switch: the songs might not feel as dark and brooding but what Lana sings is nothing short of a raw signature against the violence and despair married to her personality.

Lust for Life is a sordid collection of David Lynchian long, desolate roads toward the middle of nowhere in song form, but also sugary sweet moments that feel like the falling of the angels toward earth. Lana Del Rey is the thematic and kissing cousin of acts like Portishead or Massive Attack, just without the hipster hype. Get over the cultural backlash of her music and dig out her records. There’s a collection of songs that beg to capture the fragility of humanity, without pop accolades or with.