A Conversation With Tim Bluhm 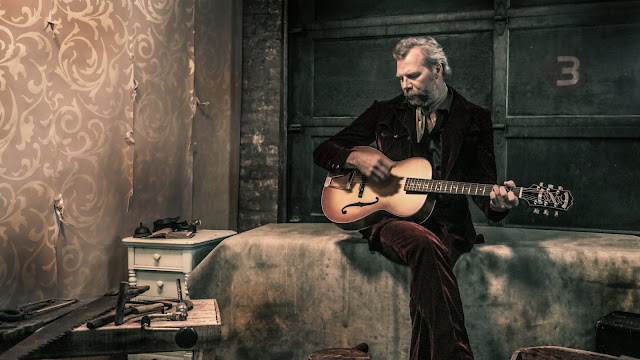 It would be easy to characterize Tim Bluhm’s new solo album, Sorta Surviving, as a “departure” from the California Soul and jam-band-adjacent aesthetic of Bluhm’s work with Mother Hips, and I suppose that characterization would be accurate enough but, at this point in his career, Bluhm has woven together a wide enough variety of styles, and meandered down a wide enough variety of musical paths, that to try and pinpoint anything as a departure from Bluhm’s “signature sound” is reductive. Sorta Surviving differs from a Mother Hips record in that the band is different, the instrumentation is different, and the presentation is different, but it’s a record that anyone with an appreciation for what Bluhm has done -- and continues to do -- as a frontman and songwriter should be able to sink their teeth into.

Sorta Surviving was recorded at Cash Cabin, the legendary property where Johnny Cash recorded the American Recordings series that re-re-resurrected his career. Bluhm described Cash Cabin as, “more like a living room than a studio; full of Pendleton blankets, old rusty stoves, memorabilia,” while talking to me from his own home studio in Northern California. 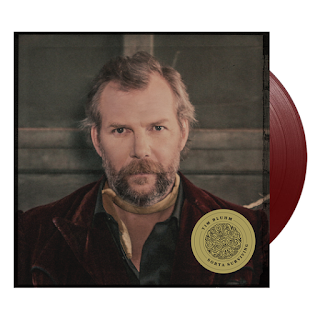 For Bluhm, Cash Cabin was appealing beyond its history because it sits secluded in rural Tennessee, removed from the trappings and distractions that tend to worm their way into everyone’s lives, no matter what else is at hand. “I spend a lot of time in recording studios,” Bluhm said, “I watch what people do, see their behavior patterns, and the tendency in all of us is to get distracted by our phones, our responsibilities outside of the studio, all of that stuff. You start thinking about what time you have to go feed the parking meter, what you’re going to have for dinner when you get home, little day-to-day stuff like that and it can impact the vibe in the studio, it can impact the performances and the songs. It was important for me to get away from all of that.”

At Cash Cabin, Bluhm assembled an all-star band including Jesse Aycock (guitar, vocals), Jason Crosby (piano, violin, organ), and Nashville session legends Gene Chrisman (drums) and David Roe (bass), and handed the production reins to Widespread Panic’s Dave Schools. The result is an album that draws heavily on traditional country structures and arrangements and brings to the forefront another hallmark of some of Bluhm’s favorite Classic Country songs: humor.


Perhaps the album’s centerpiece, “Jimmy West and John Dunn the Bully” exemplifies Bluhm’s wry humor as it follows the schoolyard conflict between the two title characters, Jimmy West facing down the hulking Dunn in a battle to defend the honor (and prized belt buckle) of the song’s narrator. Those with political leanings could probably find easy allegory in the David and Goliath tale but Bluhm says the song, like everything on Sorta Surviving, is grounded in one
guiding principle: “forget genre, forget everything else, just tell a good story.”

It’s a simple enough formula, and it works. It’s the stories that will keep you coming back to Sorta Surviving, and to Tim Bluhm, in whatever incarnation he chooses to present himself and his songs next.
----------

Sorta Surviving is available today on Tim's site, Amazon, etc.
The latest nonsense from Farcer at 10:30 AM 2 complaints