FTM doesn't usually post this sort of thing (and we get quite a few requests), but I really like this tune and the sounds of the record it's on. Sara Rachele (pronounced Ra-kelly) is a singer-songwriter in the vein of Lydia Loveless, Lucinda Williams, and Neko Case. There's also an atmospheric, indie quality to her approach a la Mazzy Star. You can read some quotes and her bio below and check out the premiere of her song "Strong As My Hands (Delilah)" right here. It's also available to download for free! I think you'll dig it.


“A must-have album that follows no road map but Rachele’s heart and soul.” - No Depression

"'Bristling with an incisive edge floating aside picturesque melodies courtesy of a voice that has just enough twang to rope you in for an extended visit." - Glide Magazine

“From the moment I heard Sara Rachele’s voice and words I knew I was in the presence of truth. She is a fearless artist with a desire to lyrically explore the nuances of her experiences in, around and against life.” – Melissa Ferrick

"When sound hits tape you get something back that you know is true and honest, listening to Diamond Street there is an undeniable realness and truth in these songs" – Art Decade

On recording with producer Sampson (who plays in New West Records band Ponderosa), Rachele says, "Kris really challenged me on this album. Even though we were working quickly, he had patience with the songs, and   he took the sound to a new place for me without it seeming disingenuous."

The daughter of a baby-boomer painter and Italian/Slovak immigrant, Rachele (pronounced ra-kelly) grew up a studio rat and folk child. Working for free cleaning out the cupboards at famed Atlanta acoustic hotspot Eddie’s Attic, she met countless musicians and writers and fell into bands as a side-player before she even knew how to write a song. While still a teenager, she became backing vocalist and keyboard player for The Love Willows, who promptly signed to Decca/Universal, writing and recording with producer Mike Daly (Whiskeytown, Lana Del Ray, Grace Potter).

Eventually, though, Rachele decided to leave behind The Love Willows' bubblegum pop sound, moved to Boston and enrolled for a time at Berklee College of Music, before dropping out to live in her newly adopted home of New York City. Inspired by its long history of seedy bohemian songwriters and poets, and by the energy of the city itself, Rachele filled up journals with her ramblings and penned ballad after ballad as she roamed the coffeehouses & nightclubs of the East Village, trading innocence for experience. Word spread quickly about her passionate delivery, her honest, unadorned lyrics and her uniquely Southern sound. Along with sidekick and fellow Atlanta expat Charlotte Kemp Muhl (with Sean Lennon, half of Ghost of the Saber Tooth Tiger), Rachele found a home—musical and otherwise—in New York.

"For such a big city, New York can be a pretty small town," Rachele says. "I saw an ex across Houston Street once—he was playing a show I think, everyone always is, you lose track. But I remember running across four lanes of traffic—just seeing him, turning, and running through the East Village. No one ever leaves you in New York. You still have to learn how to know them. It's the continuousness of it all—nothing every really ends. And the cabbies just know to get out of the way… 'cause at any moment some heartbroken woman might run out into the street."

While in New York, she befriended veteran music photographer Perry Julien, who was intrigued by Rachele and shot portraits of her at The Chelsea Hotel, that sacred place of rock lore. Her session with Julien was one of the haunt’s final photo shoots before it closed its doors to guests. Rachele's images from The Chelsea Hotel—once home to Dylan Thomas, Bob Dylan, Patti Smith & The Sex Pistols—have been featured in SXSE photomag, Creative Loafing, and art galleries up and down the East Coast. She and Julien’s collaborations were also published in Julien’s book Secrets (2013), and forthcoming Chelsea Hotel photo book Guests. Rachele is a photographer herself, her work having appeared in Pitchfork, Brooklyn Vegan, Creative Loafing and Stereogum.

"I think the strangeness of my work is what makes people get it," Rachele says. "We all have these stories, but where I grew up, we were always throwing furniture around the house, emotionally. Like a lot of people, I got intensified in New York, so I just started writing—to keep sane." 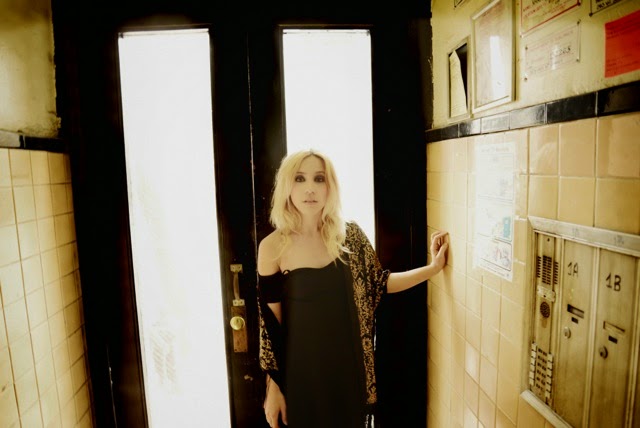