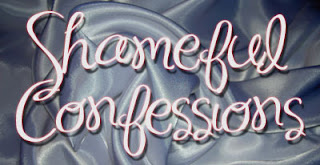 I shouldn't like fun. The band fun., that is. Their name has punctuation and no capital letter in it. Their music has been featured on Glee and is unapologetically pop. If not for the very adult subject matter, there would surely be a Kidz Bop version of little kids shrieking their huge hit "We Are Young." They use autotuner at times. Also, according to their hardcore fans, they sold out between their previous release Aim & Ignite and this one (Some Nights).

So what's the deal, Trailer? The deal is: fun. is catchy as hell. Their music is huge, epic-sounding, and full of ridiculously sharp hooks. The singer, Nate Ruess, sounds like the pop radio version of Freddie Mercury, full of Broadway musical rock bluster. Even those positives should sound like negatives to a hard-ass country fan who prefers to hear whiskey in a voice over whiskey in a lyric, but somehow it works.

There are plenty of bands with catchy songs and good singers out there. Why does fun. rise above the crowd? Aside from the fact that I genuinely enjoy their sound, it's the songwriting. The lyrics aren't exactly your typical pop fare. Here are a few lines of the last Black Eyed Peas single:
"You could call me crazy man,
Everyday I'm partying,
You could find me at the club,
Popping bottles, mingling'"

And here are lyrics from fun.'s current single, "Some Nights":
"My heart is breaking for my sister and the con that she calls "love"
But when I look into my nephew's eyes...
Man, you wouldn't believe the most amazing things that can come from...
Some terrible lies"

Sure, pop is supposed to be disposable and dumb like The Black Eyed Peas, but then, that's why I don't like 99% of pop music. I need something beyond a sugary hook or bouncy baseline to keep me coming back. fun. provides depth along with the absurdly earwormy melodies.

Their first major hit, "We Are Young," hit on drug abuse, rebellion and domestic violence. I'm betting 90% of the people who bought the song on iTunes had no idea it was that deep of a song. And why should they? fun. makes music for everybody: the casual listener who just likes something to sing along to, and the true music fan who wants some meat on the bones.

In fact, the entire album Some Nights carries that same vibe. While the tempos change, the "spoonful of sugar makes the medicine go down" approach never does. Nearly every song on the album is an intelligent pop gem.

The previous album, Aim and Ignite, is also a damn good record. fun. is a band that deserves to be mentioned with the likes of Wilco and The Shins rather than The Black Eyed Peas and Maroon 5.

I guess I've made a strong enough argument that I don't feel that guilty after all. If you have any predisposition toward pop-rock or very commercial indie-pop, you should give fun. a chance. Some Nights is definitely one of my top 20 albums of the year thus far.

The latest nonsense from Trailer at 3:00 PM 6 complaints

This'll be a new occasional feature (that hopefully doesn't diminish what little credibility I have left), discussing an album, song, artist, genre or other music related subject that I should probably be ashamed to admit that I enjoy. I'm of the opinion that you like what you like, who cares if critics like it?... with the caveat that one must have some shred of (what is generally perceived to be) good musical taste to not suck as a human being. Take my wife for example, she likes musicals (eh), some modern rock (eh), Josh Groban and the like (um?), hair metal (yes!), Linda Rondstadt (although I'm not a big fan, Linda is a well respected artist), Pink (pretty cool)... and she enjoyed Lucero when we saw them in concert... therefore, her sucky tastes are balanced out with some good stuff. If she only liked Josh Groban and Rent, I probably wouldn't be referring to her as "my wife" (just kidding, love you sweetie!). I, on the other hand, have impeccable taste in music (traditional country, alt-country, indie rock, soul, good metal, top tier rap artists, etc).... BUT (That's a big "but" there). But, there are exceptions...there are songs, musicians and albums that defy my normal listening preferences by a long shot. I don't really feel all that guilty about these musical pleasures - I'm too far into my 30's and set in my ways to give a damn - but this column needed a recurring title. Anyway, here's the first entry.

I hate Nickelback, in case you didn't know. Hate them with a passion. I can identify one of their songs (heard or unheard before) within 3 notes - in time to swiftly turn the station. I also hate most modern rock...Godsmack, Three Days Grace, Disturbed, Chevelle, etc. Can't stand 'em.

Few of the other songs are immediately enjoyable as the single, but they definitely grew on me. I suppose it's the band's focus on melody over attitude that set them apart for me. Most of the tunes are pop songs with a loud guitar bed... bass driven and ingratiating. Though some are full of bravado, that's not the point here. The songs are the thing, not the image. Not so with groups like Nickelback, whose main lot in the music biz is to constantly show you how big their balls are.

"Burn It Down" is another of my favorites from My Darkest Days. It has a reggae-lite rhythm and an earworm of a melody. Think Sublime with more direction. It gets stuck in my head more often than it should. "Come Undone" is a skillfully rendered take on the 1990's Duran Duran hit. My Darkest Days shows off a little lyrical skill (for the only time on the album, mind you) on "Goodbye," in which the singer leaves a heroin addicted lover for his own good. These are the more memorable songs, but aside from the pretty insipid opener "Move Your Body," none of them are skippers.

Seriously though, nothing about this album or band, for the time being, is remarkable. The lead singer has a likable voice. The guitar work is fine, if unexceptional. The songs are far from groundbreaking. I don't know what the draw is. There's always that undefinable "it" factor, which My Darkest Days does seem to possess. Basically, I just dig the album... what else is there to say? I may hate it and myself for writing this in a month or so, but for now, it is what it.... nevermind.

I hope the band's likely forthcoming mainstream success won't go to their head. Rather, they should continue on the path they've already begun, with their eyes and ears always on the song, not the trappings of their genre or their growing popularity.