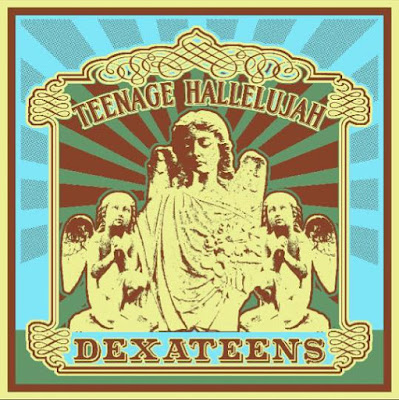 *drunkenness and profanity ahead*

Look, I know I’m late to the party on the new Dexateens record. Life happens. I slept on it, ok? My mistake, my bad, and my screw up. But, hey – who doesn’t like a month's late review?

Tonight, we’re hitting them White Russians. And maybe a few Miller Lites to get them out of my fridge. (Side note: Good Half and Half is crucial for a White Russian. That sweet cream is a must have. So much better than milk.)

Apologies aside, The Dexateens turn up the rock and roll, and kick it into straight-up overdrive, and give it fast and hard, kinda like a magnificent skin flick. The songs on Hallelujah are country as hell, but get lit, too. I wasn’t too familiar with The Dexateens, but after hearing them, I’d love to see them tour with Quiet Hollers or Lucero, that’d be a good damned damn tour.

Anyhow, back to this record. Hallelujah goes hard. These dudes play it filthy and you know what, I like this shit. This record sounds like some dudes blowing huge clouders in the back of a Grand Turino on some backroad in the middle of coal country. I bet the singer of this band sold speed to kids at his high school, cuz you don’t bring it like this unless you did some dirt once or twice. The Dexateens sound like beat up black Chuck Taylors – nice and comfortable and feels just right.

Seriously, though. I’m in love with the filthy guitar tones, the stories and the imagination intertwined in the songs. I’m binge-watching Justified right now, and I feel like a few of the scenes up coulda used this here song “Shake and Bake Astrovan” when referring to some sketchy-ass folks up in the hills.

Just popped open a beer. This is going well; I can see straight. But, I feel like a dumbass for not knowing about The Dexateens, this is my shit right here. I’m a sucker for songs about failing and doing it with a smoke in your mouth, and a finger pointed at the sky. Songs about binge drinking, meth, loner chicks with nothing to look forward to – these guys wrote a Bukowski novel, but set in the south.  Plus, The Dexateens are blasphemous, I love me some songs about calling church a bunch of bullshit. (I’m a heathen, come at me, bro.)

I think you should buy this record. It’s got some good moments, and you could do a lot worse than ripping some bong hits to The Dexateens. "Jimmy John’s" is an awesome song. It makes me wanna do bad shit.

I give this a four out of five stars. Good fuckin’ times. That groove is nasty, the songs are hot as fuck foot stompers, and they make me wanna drink (more) and smoke the kush while dancing alone in my garage. Ok, I’m gonna puke. Review over.

You can buy it here and here and probably some other places.
The latest nonsense from Farcer at 11:30 AM 0 complaints 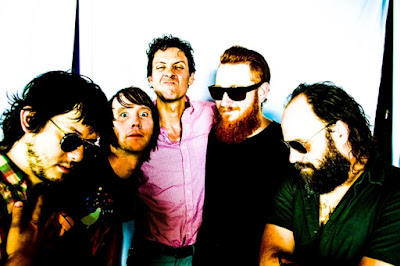 We've got a cool song premiere today from The Dexateens, who are happily back in action these days. I think you'll see (hear) that the song is highly appropriate for a FTM premiere.  The Dexateens are a highly recommended band for fans of Lucero, Arliss Nancy, Lee Bains III & The Glory Fires, and Two Cow Garage.
h
Back in 2011, the group was poised for a breakthrough when singer/guitarist Elliott McPherson decided he was through with touring and the group disbanded. In the off years, bassist Matt Patton went on to become a full-time member of Drive-By Truckers, and guitarist Lee Bains left the band to launch a promising solo career on Sub Pop Records.

A major casualty of The Dexateens’ breakup was their classic lineup's unreleased Southern-garage swan song, Teenage Hallelujah, which—for the last five years—has been sitting completely finished collecting dust in storage. Until now. The recently reunited Dexateens—with the exception of Bains, whose spot has been filled by Taylor Hollingsworth (Dead Fingers, Conor Oberst & the Mystic Valley Band)—are playing shows once again, and have also been working on a new record with Mark Nevers of Lambchop. But in honor of the brilliance that was, Teenage Hallelujah is finally being released Oct. 7 on Cornelius Chapel Records. 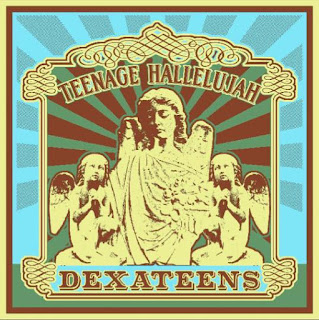