There's No Wonder Why Everyone Loves Durand Jones & the Indications 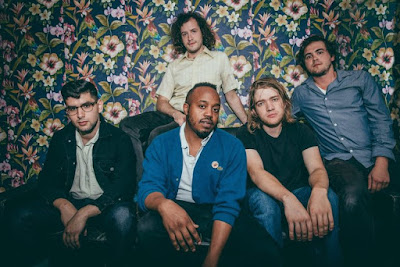 One of those sleeper groups you never saw coming is Durand Jones & the Indications. Out of nowhere, they’ve raged into the hearts and minds of anyone sweet on old soul, classic funky r&b and a whole lot of the doo-wop flair from the past. Mixing the soul of legendary singers like Sam & Dave, Sam Cooke, and Otis Redding, Durand Jones & the Indications are easy to fall in love with.

Recently, during their sold-out performance at Austin’s Scoot Inn, the group showed why they’re packing rooms, selling out venues, and more and more people are tuning into the smooth sounds of these cats from Bloomington, Indiana of all places.

For almost an hour and a half, the music swung, and the people in attendance were thrilled to be locked in with the band. Sometimes, when a band is firing on all cylinders, it’s dead-set apparent. On this night, they slayed in that melty, oozy kind of way only the truest musicians with that unctuous flair know how to do, when the riffs are grimy, when the groove is airtight, all of it worked, there was nothing left on the table.

Given by how many couples slow danced arm in arm, while people sipped drinks off in the shadows, either missing someone or wishing someone missed them, it’s nearly impossible to say Durand Jones didn’t own a chilly night in the Texas capital. Despite the need for some jackets and a few folks wishing the weather was a little better, nothing stopped the night.

The band raged on through a collection of their tunes, “Don’t You Know,” “Smile,” and “Cruisin to the Park,” while of course, they played their massive YouTube hit, “Is It Any Wonder?” to feral acclaim. If their Austin performance was a showcase of talent for the band, 2020 is going to be a year of letting a lot of new people know the band has arrived and no matter what genre you lean on, they’ll make a fan out of just about anyone loves a little tenderness.

Durand Jones and the Indications are on every streaming platform and of course, YouTube. Give them a listen and hit the shows. If you’re a vinyl nerd, they’ve got you covered in spades. Plus, they’ve got some super cool jackets, too. 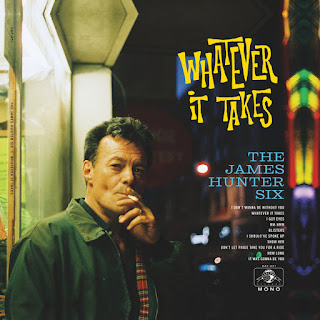