5 Albums You Probably Missed But Shouldn't Have

by Kelcy Salisbury
I'm sure everyone has at least one favorite "obscure" album, whether it's a little known effort by a well-known artist or the masterpiece album of their favorite underground band. Here are five relatively unknown albums that should be in your collection, in no particular order. 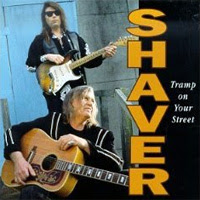 1) Billy Joe Shaver - Tramp On Your Street
Billy Joe's songwriting is in fine form here with versions of Georgia On a Fast Train & Live Forever included along with When The Fallen Angels Fly, a hauntingly personal heartbreaking story with a seed of hope included, and the autobiographical title track. What really makes this album the crown jewel of Shaver's discography is the blazing guitar work of his son, Eddy Shaver. Eddy Shaver was one of the great guitar players of his generation, who tragically died much too young. If you want to hear him at the height of his powers take a listen to this one. 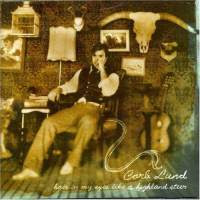 2) Corb Lund & The Hurtin' Albertans - Hair In My Eyes Like A Highland Steer
Chris LeDoux's strong western sensibilities and sense of humor meet strong musicianship and perfectly suited vocals to the subject matter. Highlights are Ian Tyson's turn on The Rodeo's Over, and the raucous romp of Good Copenhagen. 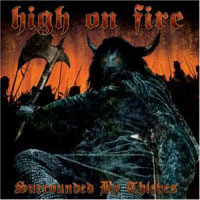 3) High On Fire - Surrounded By Thieves
Sludge Metal masters churn out 8 of their heaviest tunes in front of a live crowd (given the title maybe they should have recorded in a prison). The energy of the live performance surpasses their studio efforts, in my opinion. Standout tracks are Hung, Drawn and Quartered along with The Yeti but this is as album that needs to be listened to straight through. 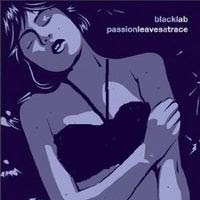 4) Black Lab - Passion Leaves A Trace
90s rock fans may recall Black Lab hitting the charts in the late 90s with Wash It Away & Time Ago from their standout album Your Body Above Me. What you may not realize is that they are still around and making good music. They may have been mislabeled in the 90s post-grunge movement, thus they weren't the easiest band to market, making them another casualty of the downturn of the music business. Regardless, Passion Leaves A Trace features strong lyrics over mostly shimmery Bowie influenced arrangements. Essential tracks are Ghost In Your Mind & Pictures of People. 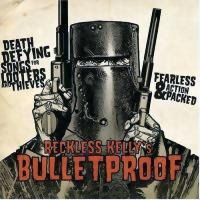 5) Reckless Kelly - Bulletproof
This may be the most well known album on this list, but it's also such a great album that I felt I HAD to include it. There are a few albums that come out each year (if we're lucky at least) that are so good, regardless of genre, that it should be mandatory that anyone who claims to love good music own them. This is such an album. Again, it should be listened to as a whole, but if you're so broke you can only buy a few songs pick up Ragged As The Road, American Blood, How Was California, Mirage, and Godforsaken Town. If Godforsaken Town doesn't tug at your heartstrings you are not human.
Hopefully you haven't heard of at least one of these albums and you'll find something in here to enjoy. Until next time.
The latest nonsense from Trailer at 4:00 PM