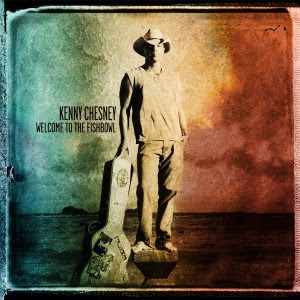 Come Over
Already reviewed this. Still dull. I've noticed quite a few recent country singles sounding a lot like this - tuneless, that is. It reminds me of the days when I was still an aspiring lyricist. I'd get my "song" just perfect (to the eyes of a wordsmith) and then send them to a musical collaborator. Working from pre-written lyrics didn't give them a lot of room for melody and the finished product often came off sounding bland and skeletal. I'm sure "Come Over" wasn't written by this method, but still, it's clear that the music part of this song wasn't nearly as important as the words, and it should usually be 50/50. On the other hand, maybe it's prime time for me to get back in the lyric writing game!
C-

Feel Like a Rock Star (duet with Tim McGraw)
Big, dumb and full of star-power. And it's a country song about being a rock star. Not really anything else to say.
C-

Sing 'Em Good My Friend
Lots of "whooo ooh's" and "doo doo doo doo's" in this slow story song. They're trying to create a mood. If the mood is "moderately uncomfortable," job well done. In the positive column, this isn't a song about bars, beaches or reminiscing. It's about buying a guitar from a man whose wife is near death. As tiresome as "country dying songs" are, this isn't really one of those. It's about "passing the torch" so to speak. So, kudos for a pretty well done idea. It's kind of a downer though and not particularly memorable musically.
B-

Welcome to the Fishbowl
It's about reality TV and the Twitter generation. About how there is no privacy anymore. Funny enough, Chesney himself remains a deeply private individual who rarely reveals anything much about himself, so this comes off a bit inauthentic. This is a catchier tune than what's come before on the album, but it doesn't have enough meat to stick with you.
C

I'm a Small Town
Well, here's a new way to write about the same old thing - this small town anthem is actually from the perspective of the town. While this might seem like splitting hairs, Kenny actually pulls this one off with aplomb. It's a well written tune as well. Thoughtful, insightful and heartbreaking. Let's just hope nobody writes a song from a truck's point-of-view next.
B+

El Cerrito Place
This is the song I was most anticipating (or dreading?) from this album. It's a cover of one of my favorite Charlie Robison tunes. Here we go… It certainly fits the gray mood of the album. This is a pretty flat reading. Chesney doesn't have enough grit to pull this off. When the song picked up, I thought it had a chance here… but the chorus just killed the cover dead. No variation whatsoever. That's the thing about a refrain. The singer is supposed to reveal a different emotional facet of the words with each repetition, not just recite the words. I'm not one of those folks who summarily hates commercial covers of more "indie" country songs, but I hate this.
D-

Makes Me Wonder
Ah, some real melody. Finally. Another song with a refrain. He gives this one some oomph though. This is a good tune. Nice harmonies. If Chesney can do one emotion right, it's wistfulness. Ugh, "what's up with that?" is a line in the bridge. That'll count off half a letter grade.
B

While He Still Knows Who I Am
Alzheimer's. Big time downer. It's fairly believable and free of cheese though. I don't even like to think about this subject matter. Not sure it's a song I will want to revisit. Not too badly done though.
B

Time Flies
This sounds more like a trademark Kenny song. Bouncy island rhythm and kicking off responsibilities. "Time flies when you're having rum" - I wrote that line once back when I was an aspiring lyricist. "Talking to a cutie, heading for the booty," however, is not a line I would ever consider writing. WTF?? This has an earworm of a chorus, but there's too much familiarity and too many clunker lines to give this a good grade.
C

To Get to You (55th and 3rd)
Another depressing ballad framed by a particular place. Didn't we already have one of those four songs ago? This piano-driven weeper features a far better performance than "El Cerrito Place," but the song isn't as interesting. And while Chesney delivers an emotional vocal, the music doesn't pull its weight. It's a power ballad minus power.
C-

Always Gonna Be You
Sigh. Kenny needs some Celexa, Red Bull or maybe some meth. Cheer up, bald buddy! I'm going to hit up the Mio now, myself. Another dull, depressing tune. Kinda sums up the album.
C-

You and Tequila (Live at Red Rocks w/Grace Potter)
Great song. Better than anything else on the current album. That's not a good thing when this is a rehash of a single from the previous album.
A
The latest nonsense from Trailer at 3:00 PM