Album Review: The Pollies - Where the Lies Begin 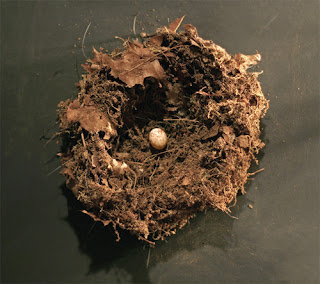 In recent years, the term "indie rock" has fallen out of favor with me. Maybe it's the hipsters of that scene. Maybe it's Pitchfork's gushing over bands named after animals. Maybe it's the obtuse lyrics, the sung in a can vocals or the incessant krautrock riffs used over and over. Whatever it is, I've moved away from the coldness and elitism of that musical classification.

So here are The Pollies, a band which can probably best be described as indie rock, with their new album Where the Lies Begin, and I have to reconsider. There's nothing cold, obtuse or elitist about this sound. It's open, inviting, passionate and tuneful. It's twangy, but not southern rock. Soulful, but not R&B.

The Pollies fit somewhere in the stratosphere of Drive-by Truckers, Alabama Shakes and Lucero, as a band with their hearts on their sleeves, but their music not so easy to define. I'll just call Where the Lies Begin good music.

There are bits of country, folk, garage rock, Muscle Shoals soul (the band is from there), and other genres. The songwriting is fluid and straight-forward, never difficult to grasp, yet layered enough to allow for interpretation and personal emotional response. There's nothing pretentious about The Pollies' brand of indie rock. It's a big tent that anyone's welcome under and most readers of FTM would probably appreciate. Not immediately, mind you (which is a good thing), but this band definitely grows on you.

My favorite track is probably the epic "Ashes of Burned Out Stars" but you can't go wrong on this album. Highly recommended to fans of any of the artists I mentioned plus Jason Isbell, Uncle Lucius or Lee Bains III and the Glory Fires.

Side note: What's in the water in Alabama lately??? It's becoming quite the musical hotspot.

The latest nonsense from Trailer at 1:00 PM

Email ThisBlogThis!Share to TwitterShare to FacebookShare to Pinterest
Labels: Album Reviews, The Pollies