(Written before Matthew's Ronnie Fauss show review)
It's been a while since I've written about a show, but the pickins have been pretty slim up here in the nation's capitol.  Luckily, that drought ended on March 20th when Lucero came to 9:30 Club bringing Shovels & Rope in tow. 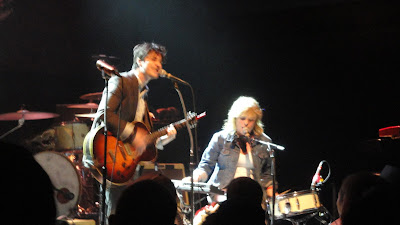 First, Shovels & Rope was up to get the crowd revved up for Lucero.  The past few months have been great for Shovels & Rope.  I have seen Shovels & Rope a few times in the past year and each time the amount of people that are showing up to hear them is larger and larger.  This time was no exception.

I read not too long ago (on NPR maybe?) that you should always try and make it to the opener because in a lot of cases the headliner has hand picked them.  Assuming this is, in fact, the case, Lucero picked a great opener and the crowd definitely showed up. 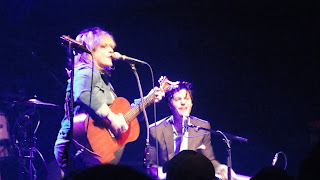 Playing their particular brand of folk/country music, Shovels & Rope got the crowd moving early on and really never let up.  They played a few songs I hadn't heard them play before such as "Who's Gonna Raise These Babies?"  They also played the standards that have made people fall in love with them so easily- i.e., my personal favorite "Birmingham."  The energy exhibited by Shovels & Rope is transferred to the crowd with ease.

By the end of their set, the crowd was buzzing about how incredible they thought Shovels & Rope were.  There were lots of looks of pure astonishment going around.  It was great seeing so many people appreciate what it is Shovels & Rope are doing.

Next up was the incomparable Lucero.  Seeing a Lucero show is always very interesting- you never know what the crowd is going to be like.  The crowd for this particular show was an excited, but not too rowdy, bunch. 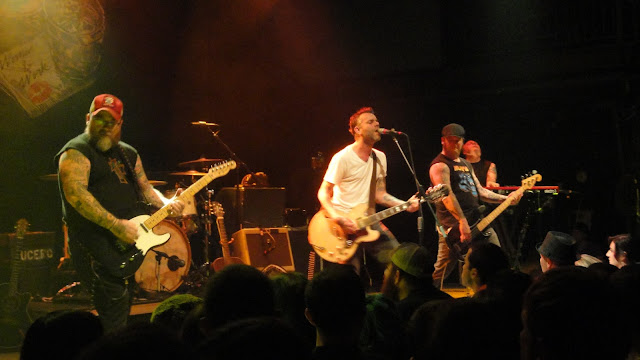 Lucero has continued to grow into their own on each passing album.  Starting off as  a bit of a rough edged country rock/punk band, they have added horns to their sound to build a sound that is distinctly their own.  A brand of Memphis country-soul-rock they wear with outright pride.

They started off with a strong set of old and new songs all backed by the very talented horn section.  It was worth noting that Todd Beene did not make the show here in Washington, D.C. because his other band, Glossary, had a string of dates they were playing.  So, while his very talented steel pedal playing was missed, everyone else picked up the slack.

Halfway through the set, the band decided to play a set of new songs that will be coming out on an EP soon (maybe Record Store Day- 4/20/2013?).  One of the strongest songs to come out of these songs was "Texas and Tennessee."  Another great lost love song that we have all come to know and love from Lucero. 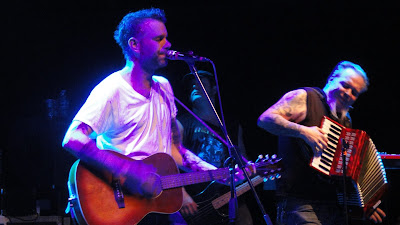 As is typical for a Lucero show, the pace got a bit more rowdy as the night went on.  More whiskey was consumed than was probably necessary.  Even more beer was passed around.  Songs like "All Sewn Up" and "Tears Don't Matter Much" sent everyone into a whirlwind of elation and energy.

By the end of the show, all of the crowd's energy was spent, but seemed like we could have continued on for a few more songs.  Unfortunately, every thing must come to an end and this show was no exception.  Either way, Thursday was not a pleasant day for me, but any opportunity to see Shovels & Rope and Lucero in one evening is worth every bit of the pain endured! 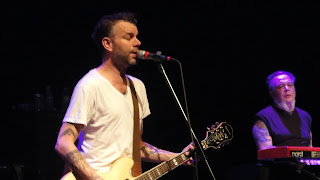 I say it all the time, but go see either of these bands.  If you're coming to this site, you already know them.  So, go out and see them live to get the full experience.  Until then, pick up every album they own here and here.
The latest nonsense from Farcer at 1:30 PM