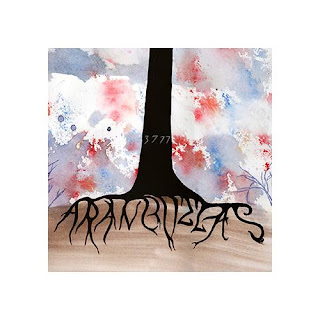 Most of you are probably wondering who Aran Buzzas is. I can't blame you for this, since I would not have had an answer until hearing him live at The Moonrunners Music Festival last month. In short I would call him the man who is filling the void between Roger Alan Wade and Jonny Fritz by combining sadness with a little fun while ranging from slow to upbeat songs that provide a perfect soundtrack for a quiet saturday night of drinking on the porch. If you're into overproduced albums with a strong mix of instruments, then this isn't for you. If your thing is more of a singer and his guitar with backing instruments to bring the music to a higher level, then you're in luck.

In his latest release "3 7 77" Aran provides a path into the soul of the sad clown with songs like "The Weather Inside," "Another Man's Woman" and "Biggest Fool," but brings out a smile with several cleverly written and performed tracks throughout the album.


Switching over to the lighter-hearted side you'll find songs like "The Night I Saw Willie Play" and "Cougar Bait." "Cougar Bait" is a song that provides the story of a man who just can't get a woman of an appropriate age to give him the time of day; fighting with the struggle of all the women interested in him either being the age of his mom or having an over protective dad.  This catchy tune is packed with charming lyrics. I'm sure you can figure out what "The Night I Saw Willie Play" is about and that's all you really need to know, but just in case you were wondering: It's a story about seeing Willie Nelson in concert. While its a fun story, it does come off as a little on the gimmicky side after repetitive listens but nothing you'll get tired of.

One sign of a good songwriter, in my opinion, is their ability to connect with people through their writing and make the listener say "That song's about me". This is where Aran hits a home-run with the songs "Thirteen Days To Payday" and "Water Into Wine." In "Thirteen Days To Payday" he sings of a man who lives payday to payday and has just gotten his bi-weekly check and celebrated the event a little harder than he should have. He now has to find a way to survive until the next check comes with little food and not every billed covered. This is a story that surely would resonate through America with many families and individuals. With "Water Into Wine" you'll find a man that wants to do what makes him happy instead of taking care of the boring events in life such as work. "If Jesus Christ could really turn water into wine and he was here right now, he'd be a friend of mine" is the standout lyric, not only from this song but the entire album and sets this song slightly apart from the others.

The traditional Irish song "Whiskey In The Jar" fits into the mix quite nicely and is provided with a good mix on the vocals to make it as original as you could expect from a song that has been covered countless times. The nicest part about it is how well it leads into the following track "Back For My Whiskey". A song about a man that has been thrown out by his wife and all he wants is to go back to retrieve his whiskey. This engaging track will probably make quite a few women wonder about their men.

The final two tracks "None Compares" and "Colleen" are so different from each other but fit together so good at the same time with their completely opposite story lines. You start out with having the love of your life and everything going perfect day in and day out on the first of these tracks (which also has a very pleasant sounding female voice on the backing vocals) then you have a complete turn around. Love blossoming and dying all within the time it takes to plan and have a wedding. "Colleen" starts with a man finding the greatest woman in the world only to realize she was troubled all along, but not until after she is gone.

All in all you'll find several catchy songs on 3 7 77 and lots of great stories. The one thing you'll won't find is a huge hit or a single song that carries the album. In this case, this isn't a bad thing because you also won't find anything bringing the album down or making you pound your fist in anger. Luckily you also miss out on most of the cliches that have infiltrated country music as of late. (I'm excusing the song about Willie from this since it's only one out of eleven and not so bad) Maybe there's a lesson in here for Nashville's writers in the way beer, moonshine and other things are inserted into the songs without having to be the basis of the song, or maybe that's just the final point you'll need to purchase 3 7 77 and become a fan yourself.
----
Aran Buzzas' 3 7 77 is available for purchase at CD Baby, Amazon and other retailers.