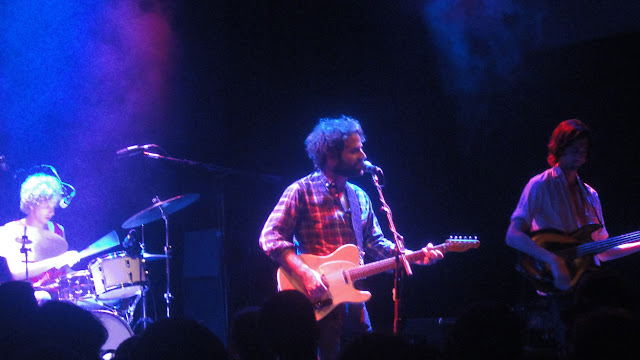 Around the time I heard Dawes was coming to D.C. again, a pretty big and gut-wrenching change occurred in my life. Don’t worry, I won’t bore you with the details, but it was enough to throw me off track for quite some time. So, I forgot about the Dawes show and rode a couple months of less than great luck. Before I knew it, the Dawes show sold out. Needless to say, I was pretty bummed.
But then, on a whim, I decided to enter the contest Dawes had listed on their website/twitter which was simple- enter your name and email address and you could win a meet & greet, a signed set list, and 2 tickets to the show of your choice. And, I won. My luck is changing!
As seems to be the case with a lot of shows I have written about here, Shovels & Rope opened the night with their increasingly popular and well-oiled brand of Americana. There isn't a whole lot more I can say about Shovels & Rope that I haven’t said before. Cary Ann Hearst and Michael Trent traded instruments, per usual. Hearst was her charismatic self and the crowd was eating out of the palm of their hands by the time they ended with the biographical “Birmingham.” Really, their live show is something to behold. As great as their albums are, they just can’t do Shovels & Rope justice.
Dawes has recently released a stellar third album- Stories Don’t End- and I was very excited to hear many of the songs from the album that had already become among my favorite Dawes recordings.
The show started with the first single off of the new album, “From a Window Seat.” One of the first things you notice at a Dawes show is that the reserved nature of the band on their albums really gives way to intense performances by Taylor Goldsmith. It’s one of my favorite things about seeing Dawes. If someone says Dawes is a bit softer for their taste, I always encourage them to see Dawes live.
The band ripped through songs from all 3 of the albums with songs like “Peace In the Valley,” “Million Dollar Bill,” “From the Right Angle,” and more. Where pure elation really occurs at a Dawes show is when they play, what is likely, their most famous song- “When My Time Comes.” There is truly something cathartic about screaming/singing along with 1200+ other concertgoers to the chorus.
Taylor Goldsmith owns the crowd as a singing, guitar slinging frontman. He saunters from each side of the stage to the next.  He demands attention from everyone in the crowd. And on this sold out night at the 9:30 Club, attention was all his. That’s not to take away anything from the rest of the band.  It is extremely apparent that this is a band that has spent years on the road, fine-tuning every nook and cranny of every song. It’s simply that Taylor Goldsmith is the frontman, and he wears that badge proudly and confidently. 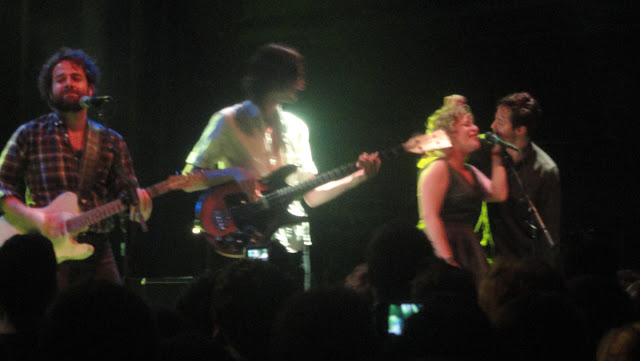 The show ended, apparently, on “A Little Bit of Everything” which is a truly great song to end a show on. The song may have some of the best lines Goldsmith has written. I could have ended the night right then. But, as we all know now, the end is never really the end.  So Dawes came out for two more songs, inviting Shovels & Rope up to end the evening with Traveling Wilburys song “End of the Line.” It was a great night ending with two bands I really enjoy singing a song by a band everyone loves, or at least should love.

As I always say, what I say pales in comparison to seeing the band for yourself. If you aren’t a fan of the albums, that’s fine. Go see them. Discover what they are all about. I think you will be very impressed by the show you see.
The latest nonsense from Farcer at 2:00 PM