Album Review: Those Crosstown Rivals - Hell and Back 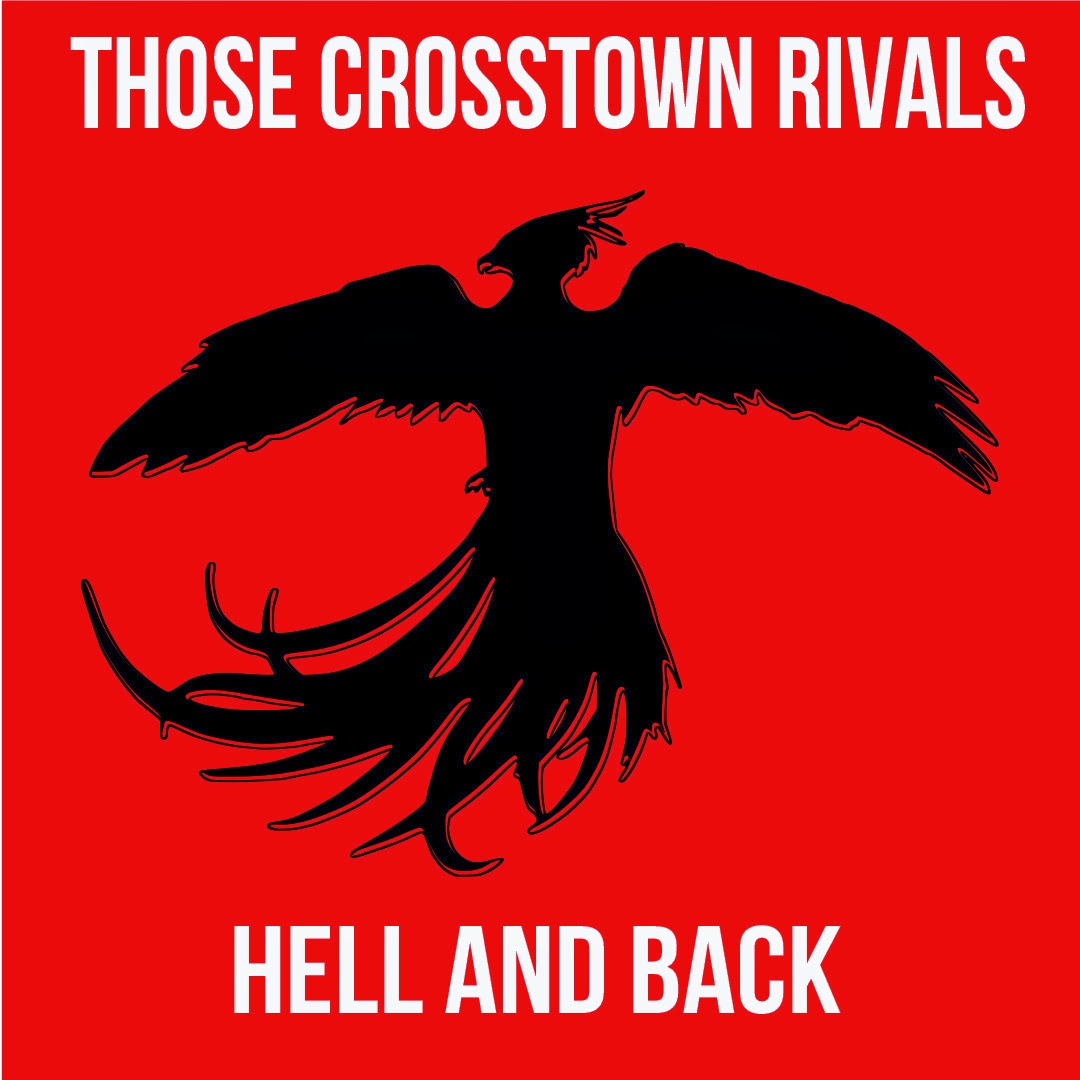 Rock isn't dead; you're just looking in the wrong places. Those Crosstown Rivals deliver a raunchy and rockin' collection of straight-up bad-ass tunes on their latest release, "Hell and Back." From the first high octane track "Be A Man" which comes on with a Green Day (1990's) style guitar intro and bust out into a straight-up rock tune with a great mix of vocals, guitar and drums that get the party started the right way. (Georgia Satellites on a hay wagon style, not a Georgia douchebag on a tailgate style.)

Up next is "Blood Sweat and Tears" featuring Justin Wells (lead singer of Fifth on the Floor) on guest vocals. This is the perfect cliche song because it tells you it's a cliche song is the first verse. In all reality, this is a pretty good song and so damn catchy. Picking you up year after year. Where we going from here. Blood sweat and tears.... Whoops! Told you it was catchy. I can't even keep from typing the lyrics. Ok I have to move on before I get stuck in a rut and only review this song.

"Hey guys, let's screw with people by adding car sounds, radio static and then a slow piano intro to a song." "Ok, but only if we can blow shit up after that and bust out a song that on the second listen people will swear they've heard before because it sucks them in.." In my mind that's a real conversation that happened between band members during the recording of track 3 "The Diary." Maybe I'm... Ok, I'm 100% wrong but it sounds good in my head just as the song does. Sometimes that's all that really matters.

"Hell and Back"  and "Look at Me" follow up and maintain the pace with their gritty vocals and no punches pulled lyrics that you'd expect by this point in the album but what you didn't expect was an organ on the title track. Yep, and it's great. That's right, a rockin' organ part.

Every band needs a song like "The Rain" on every album. Something just a little off the pace of the rest of the but it has to have good lyrics and brings it all together. In this case it does just that.

The final two tracks "Six Strings" and "Ugly Side" round out this fine album by Those Crosstown Rivals just as they should, by finishing just the way it all started: High energy and fast-paced.

Almost forgot to be a negative jackass... This album is too short. (8 songs and about 33 minutes) There, that feels better.

Hell and Back can be purchased/sampled here and here.