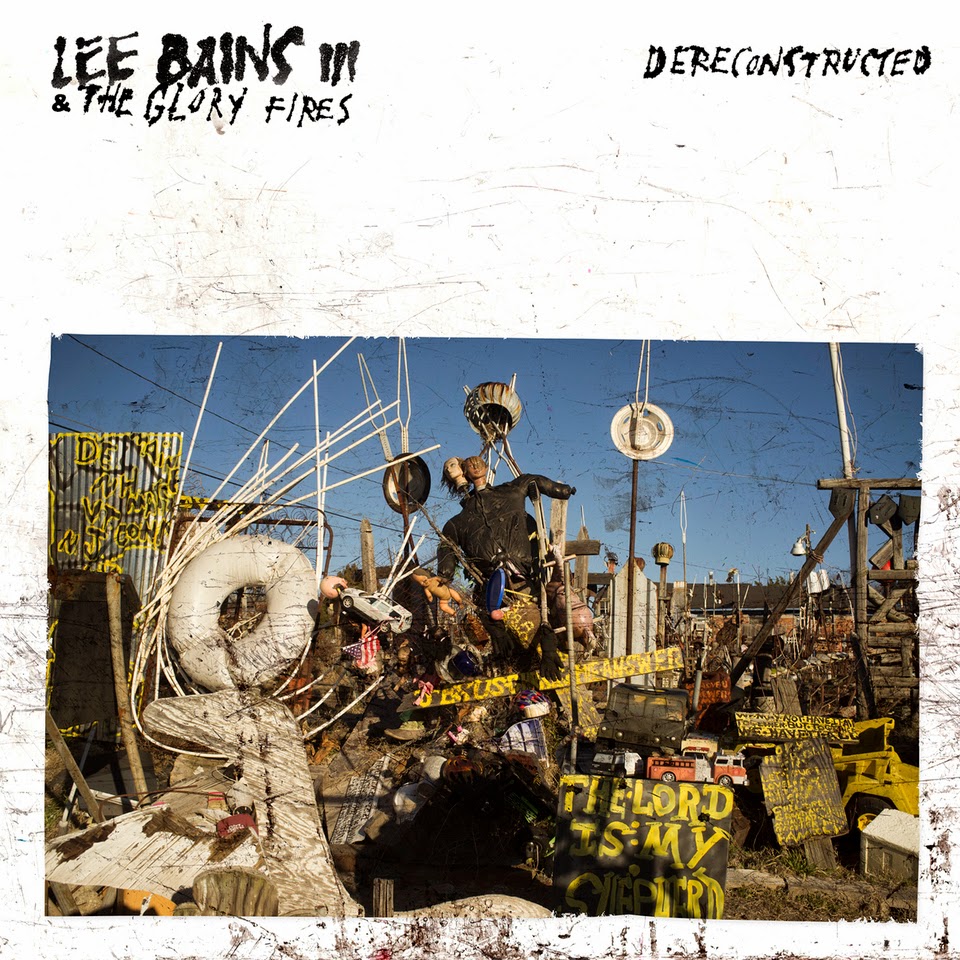 Lee Bains III and The Glory Fires is another act who has progressed beyond the need for blogs and websites of Farce the Music's calibre to review and promote. I didn't discover the band or anything, but it's still pretty cool to have been in their corner when most of the world had yet to be exposed to their brand of highly intelligent and extremely loud southern rock. (Humble-brag? Who me?) Now the boys are signed to Sub Pop and have big promotion and an adoring media to their advantage. They're supposed to change their approach and sound so as many people as possible can appreciate them, right?

If you base your opinion only on their previous album, LBIIITGF did change their sound. However, if anything, they made it less accessible. Anyone who's seen the band in concert knows that Dereconstructed is more of a true look at who they really are - too loud for listening rooms, too garage-rock for country, too country for rock radio, too smart for southern rock, and too rural to be hipsters. These contrasts play into what makes the new release so great.

Dereconstructed loudly takes on the "duality of the Southern thing" that Drive-by Truckers explored years ago on Southern Rock Opera. LBIII does it their own way: angry, political at times, and amped-up at nearly all times. The lyrics, which you may or may not be able to make out without reading the album booklet, are smart, poetic and often biting.

The songs touch on race, religion, corporate greed, cultural identity, urban decay, urban sprawl, and other serious topics without ever sounding overbearing or being devoid of fun. The fact that your face is being rocked off the entire time makes this record just as enjoyable for people who aren't that deep anyway.

It's difficult to pick a standout track, but I suppose "Burnpiles, Swimming Holes" would take that title for me. It's an order to "get off the f***ing internet" and have a good time in the real world. It's a praise anthem for the simple pleasures of rural leisure time. "The Weeds Downtown" and "Dirt Track" are two other favorites, but there's nothing here worth skipping.

I will readily admit that I'd rather this album be a continuation of There is a Bomb in Gilead, which was less confrontational in tone and subject matter, but this is the album Lee and the guys needed to make. While it's less personally satisfying, there is no question that Dereconstructed is a better album in nearly every aspect. The interplay of the musicians is stronger, the already solid songwriting is sharper, and the message carries more weight.

Whether you're a fan of the unabated rocking, the compassionate and highly literate writing, or both, Dereconstructed is a stunning success by any measure. Highly recommended.