*Editor's note: I'm too busy at work to actually edit and fact-check this, other than one date, but it needs to be posted today, so here's the raw info with no links and such. Kelcy's back and talking some great music, so go track 'em down if it sounds interesting! 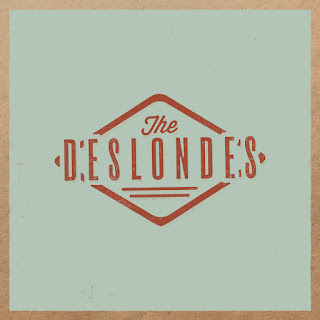 There's been a ton of good music released this year, so much that a number of sources have compiled half-year "Best Of" lists.  Since my mom cut off the internet to the basement, my version of the list will be a 2/3 year list.  Also, work.

So here are a few things I've really enjoyed & some more that I'm looking forward to.  This is not a ranking, but anything here, could be at or near the top of a year-end list.

1. The Deslondes.  I know the whole "vintage" look/sound combo is beyond overdone & worn out, but these guys will make you believe it, and cover enough ground on their self-titled album to prove that they could only have come from New Orleans.

2. Lindi Ortega.  She just dropped an album, Faded Gloryville, that is drawing rave reviews from all over, including from me, if I can find time to write it.  She made an epic, mic-drop moment statement about the whole situation with women in mainstream country music, and really the music business as a whole.  She is a darling of what few gatekeepers appear to remain in place, and she looks poised for a huge career boost.

3. Jackson Taylor & The Sinners.  The most reinvented band in the business might have dropped the most fun album of 2015 so far, a statement that seems far removed from where this band has been.  Cantina Diablo sounds like Elvis & Johnny Cash spent an afternoon in a rural Mexican cantina circa 1955, or at least what I would want that to sound like.  The material isn't new but it doesn't need to be.  There is a lot to be said for a musician that makes the music he wants to make, and Jackson Taylor has always strived to.  Word is that Jackson will be moving off bass and back to rhythm guitar for the band, they continue to tour heavily, cementing a following in the upper midwest that rivals that of much bigger names. Check out the new album, and catch a live show from one of the hardest working bands on the road today.

4. Whitey Morgan & The 78s.  Sonic Ranch was a revelation.  So much of the album was covers, but it didn't matter a bit.  A handful of tattooed bearded dudes from the country music mecca of Flint, Michigan were getting press from Rolling Stone & other mainstream outlets because they made one of the finest country records in recent memory.  Their spaghetti-western take on Townes Van Zandt's classic "Waiting Around To Die" is incredible.  The buzz that they've built with their live shows is remarkable & they too are poised to grab a bigger piece of attention.

5.  Cody Angel.  I hadn't caught a Jason Boland & The Stragglers live show since last September, and in the mean time, Roger Ray had left the road being replaced by Cody Angel.  I stopped by George's Majestic in Fayetteville,AR to catch up with The Stragglers in late May, and the first person I saw was this kid that looked about 19 (I think he's 22) getting off the bus & I thought "That's cool.  That kid was probably a big fan & getting to hang out with the band made his day."  Then he strapped on a guitar & made me feel like a moron for close to two hours.  He doesn't play like Roger, but he's not intimidated by the shoes he had to step into, and he has earned his spot.  If there are any non-believers left at this point, go see a show.  Cody Angel is awesome.

6. Shinyribs.  I have been hearing about this band, and seeing them praised by folks like Cody Canada piqued my interest.  Okra Candy is the current album, released earlier this year, but there is a string of albums out there, and they are all very strong.  Okra Candy is well worth a listen, will likely be on my year-end list, and comes highly approved for dance-ability by toddlers, which is a story for another day.  Shinyribs isn't just some Gourds side project.  Kevin Russell is all-in on this one & if you're a fan of the funkier stuff coming out of New Braunfels these days you'll enjoy it.

7. Charlie Robison.  I know High Life was not released this year, but I didn't listen to it last year (Editor's note: or 2013, when it was actually released :)), because frankly, I thought the Live At Billy Bob's album fell a little flat & Charlie's voice hadn't sounded great to me in a little while.  When I finally did listen to High Life it pretty much blew me away.  He nailed it from A to Z & I was wrong.

8. Jason Isbell.  I'm sure opinions vary, but I like Something More Than Free better than Southeastern.  Both are absolutely essential listening, and right now there may be no more important voice in independent music than Jason Isbell, even though he didn't audition for The Voice.

9. Mike & The Moonpies.  When I saw Jason Boland & The Stragglers this May, these guys were the openers.  I wasn't planning on checking out their set, but Brad Rice has never steered me wrong musically, and he said I'd like it.  He was right.  Straight ahead country music, with no frills but plenty of clever songwriting, an engaging stage show & a name just goofy enough to be memorable.  Highly suggested if you like Boland, Jarrod Birmingham, etc.

10. Courtney Patton.  So This Is Life is a great album.  Until this year I had mostly only heard Courtney's work on harmony vocals with her husband, Jason Eady, but she grabbed my attention.  It's an embarrassment that women don't get a fair shake at country radio, and Courtney Pattons work throws the quality of what little does get radio play into sharp contrast.  She may have 2 strikes against her since she also makes actual country music, along with being female, but this lady deserves a much larger audience.

11. Jamie Lin Wilson.  As a member of The Trishas I was already familiar with Wilson, but her new album, Holidays & Wedding Rings, is a slam dunk of a solo project.  Much like the prior entry on this list, Wilson may have 2 strikes against her, but it hasn't hurt her artistic output.  Everything I just said about women in country music goes double for Jamie Lin Wilson.


Some Things I'm looking forward to:

2. Lindi Ortega.  I will be catching a live show in a few weeks.  Can't wait to hear the best female voice in country music today live.

3. The Damn Quails.  I know I already have Out Of The Birdcage & have reviewed it (coming soon), but it doesn't release until Friday.  It is good to have the Quails back making new music. 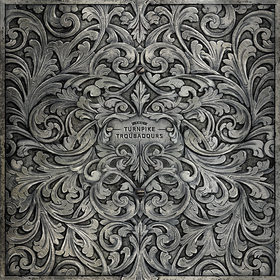 4. Turnpike Troubadours.  The self-titled album is coming soon.  What I've heard of it sounds great.  One or more songs are remakes from the little known Bossier City release, I keep expecting this band to make a big break-through a la Sturgill Simpson or Kacey Musgraves.  Maybe this album is the one.