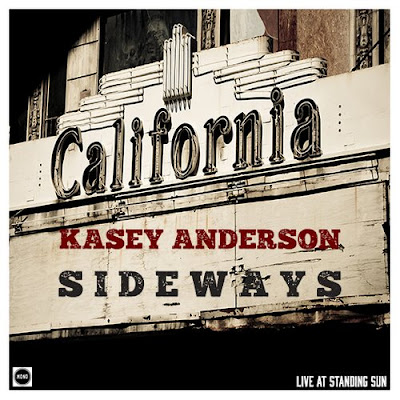 “Good morning. My name’s Kasey Anderson,” says the erstwhile Federal prison inmate, one tune (“Transcendental Blues”) into an early evening gig. “For some of you these will be old and new songs, and for others they’ll be all new songs.” Displaying just a smidgen of the wit he was so known for before he went away, he adds, “That was a Steve Earle song, but the rest are all mine…I don’t know, I haven’t looked at the set list, but this one is for sure mine.” 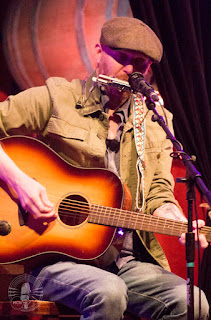 Anderson’s at the Standing Sun Winery in Buellton, Calif., his first announced show since getting out of the joint. “I had quietly played one before,” he says, “at a tavern in Portland.” The result of this one, though, is Sideways, ten cuts covering 45 minutes, and named for the Paul Giamatti film of the same name shot at Standing Sun. The Steve Earle cover does justice to the original and happily – audibly at least – lacks the smug superiority on display with every word spoken by the writer these days. And it turns out there actually is one more cover, a great take on You Am I’s “Heavy Heart.”

The most poignant cut is “Sirens and Thunder,” from the Kasey Anderson and The Honkies’ Heart of a Dog album. He couldn’t have known at the time how prophetic one line he penned was, but probably grasps the irony, post-prison: “It’s been a hard winter for the rank and hopeless sinner.”

“I Was a Photograph” is also a keeper, and a fine – and importantly, apolitical – look at returning vets with PTSD.

If this is the beginning of Anderson’s musical comeback, it’s a solid first step, and worth every bit and more of the $10 you can pick it up for at his store.


Kevin Broughton is a teacher, writer and former attorney living in Georgia. He tries not to get too snippy when other folks use his material as a template.


Photo from Music City Notes.
The latest nonsense from Farcer at 10:30 AM