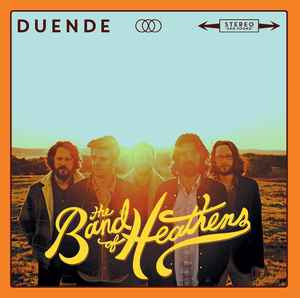 I Wanna Take The Band of Heathens to Prom


(spicy language ahead)
By Robert Dean

That’s right, you bearded weirdos, we’re doing the drunk review thing again. And this week is brought to you by Two Buck Chuck at Trader Joe’s cuz my wife buys it by the case, and I’m already a bottle of red in. So, let’s get talking about these here Heathens. (My breath smells like your high school best friend’s hot mom. You know who I’m talking about. You didn’t know then, but you know now what was up.)

Hailing from my current locale of Austin, TX – The Band of Heathens got themselves a new record out, it’s called Duende, whatever the fuck that means. I had to Google it, and I think I heard them say something about awesome shit being one with the universe and all of the feels. Cool. I like it when the universe doesn’t screw you. So, good on ya, Heathens.

But, about this record. This shit smokes, dawgs. I may have consumed a whole lot of alcoholic drinks before this here engagement, but I can tell you, Duende ain’t “no mouse music” as the dude from Arhoolie Records likes to say. Instead, the record sounds like if every awesome dude you knew with killer taste in records was like, “fuck it man, let's start a band.” And that band ruled. Duende features the best parts of acts like JD McPherson, Black Keys, and the Beach Boys (it’s those huge harmonies). There’s even shades of My Morning Jacket and Neil Young, The Band (Songs from the Big Pink, anyone?) as well.

Sugar Queen is a super funky groover that just sounds like the south, man. These dudes totally sound like an Austin band. The groove, the playing is as tight as a duck fart, and it feels effortless. The vibe is transparent, and there’s no lame showboating with taking extended solos, which The Band of Heathens could be that band, but rather they’re focused on a hard as nails song.

I hate it when music journalists, or guys drunk, alone in their home office (me) use the word “textured” but, in this one, singular case, it’s got merit. The Band of Heathens managed to take a whole bunch of sounds, and layer them in this honky tonkin’ Beatles way that pays off. There’s so much going on existentially on this record, and I think that’s why I’m crushing on it. Maybe it’s the wine talking, but I’d take Duende to prom. I’d be a gentlemen. I’d buy it a beautiful flower, save my paychecks from Blockbuster video and do it big because Duende deserves it.

Bottle two is officially open. I’m going to be hungover as fuck tomorrow. Let’s cut to the chase: buy Duende. Go see The Band of Heathens on tour. I bet these songs crush live. Maybe, buy these guys some shots. Yeah. Shots.

RIP Princess Leia. I need to sleep. Band of Motherfucking Heathens, y’all – a band’s band that keeps the heart of rock and roll beating. Ok, I just quoted Huey Lewis in a run on sentence. Good night.

Duende is available for pre-order and will be released Friday, January 13.
The latest nonsense from Farcer at 11:30 AM