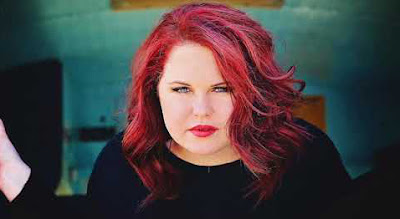 Whatever’s in the water out in Kentucky these days is tainted with heartbreak, introspection, and some absolute brilliance. From Tyler Childers to Sturgill Simpson, and now Madison Lewis, it’s amazing everyone picking up a guitar out there in UK country isn’t dropping amazing records left and right.

In the case of Madison Lewis though, she’s got a little fire in her that is a little bit wicked, but also a little “pure as the driven snow” as those old beer commercials used to say. At only 14 years old, Lewis is writing country-tinged heartbreakers that call to an internal reckoning that has many more tree rings than she's got in years.

On Ms. Lewis’ debut Back to The Blue, there is a little bit of pep to her writing but drenched in darkness, too. On "The World Ain’t Gonna Change for You" there’s more than country music at play here, there are notes of Oasis, and 90’s singer-songwriter aplomb with an ironic sense of self-worth. With harrowing introspection, it’s enough to hear the tenacity, but naiveté about this ultra-complicated world we’re thrown into. But, what offers the gut punch is she’s doing it light years better than the rest of us at 14. You look at that notebook of scribbled lyrics or poetry from just before high school and tell me it’s not Cringe City.

Because Madison is so young, it’s impressive to see how far she’s ahead of her peers not only by her songwriting ability but her voice. There’s a tender smokiness to her tenor that offers a hint of the possibility of her range greatly expanding. Right now,  Ms. Lewis hanging around a same vocal ballpark with her style and how she is phrasing her songs, so a lot of the vocal takes on the record sound similar and can get monotonous. Because she’s so young, that’s a forgivable sin. 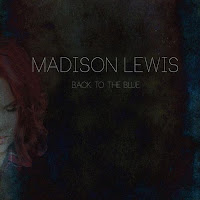 It will be interesting to see what Madison Lewis will do for an encore because the ability to hit those Amy Winehouse notes and offer that swagger is there. You can hear it buried deep in those vocal runs through the songs on Back to The Blue. The gruffness in her voice hints at the aforementioned Amy Winehouse, or Brody Dalle, or even Courtney Love. Ms. Lewis isn’t playing those kinds of ferocious neck breaker songs, but that DNA is omnipresent. On "Rockstar/Popstar" we’re privy to a front row seat to taking the piss out of these very themes and the expectations of what a female singer is supposed to be.

Get Madison Lewis on your radar as someone to watch. Back to The Blue is a solid first step toward what could be a rewarding career. It will be fun to keep an eye on her progression and see what she’ll do over the years to come.