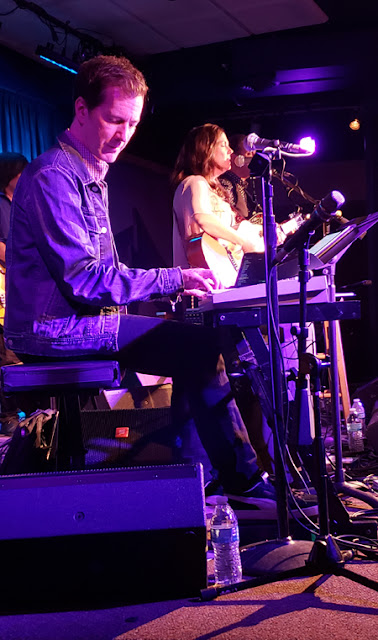 As much as I like to think of myself as someone adept at “discovering” new music, it never hurts to have friends and family with good taste to turn me onto something that I might have missed due to whatever sub-genre I’m overdoing at the moment.

In junior high my older cousin taped me (dating myself big-time) Metallica’s Ride the Lightning when it came out. That blew my mind way more than the poodle haired safe for radio “metal” I knew at the time. Years later in high school, I was into 10,000 Maniacs and R.E.M. when some older friends clued me into to Jane’s Addiction and The Smiths (to name a few). A whole new world opened. And of course now we all have Trailer who introduced most of us early on to that Sturgill fella (and many other real country artists that makes us all swoon…thanks, bud).

Sometime in the early 00s I joined a CD trading community called Lala.com (RIP). Artist suggestions on the site’s message board were more prevalent than half-finished PBRs at a Blake Shelton concert tailgate. One “friend” knowing that I had an affinity toward women singer/songwriters asked me if I heard of Lori McKenna and particularly her new album Bittertown. Sheepishly, I said, “no, but I’ll check it out,” which in “Scott speak” means, “I’ll get to it as soon as I listen to the 20 or so CDs I have but haven’t listened to yet, learn how to finally play mandolin and naturally cure cancer.” But, I trusted the dude enough and gave it a whirl. And that’s when I fell in love with not only Lori’s aching voice, but the voice inside her head that wrote the most gut-wrenching songs I’ve ever heard. “Stealing Kisses,” a song that Faith Hill regrettably drained all of the angst out of on her Fireflies album, was and will always be one of my most cherished McKenna songs.

I was lucky enough to see McKenna on her tour for 2007’s Unglamorous and again in 2011 for Lorraine (where she played another personal favorite that would appear on 2013’s Massachusetts, “Make Every Word Hurt”) at the intimate Rams Head Onstage in Annapolis, MD. Both were fantastic shows that played up her catalog.

Good fortune reared its head on June 29 as McKenna returned to RHOS on the first night of her tour in support of her new album The Tree (out on July 20).

Going into the show, I fully expected and anticipated hearing a steady dose of new music, songs she co-wrote for others that became big hits (although part of me thought it would’ve been amusing if she would’ve covered those artists instead…like imagine her singing “Truck Yeah” or “Pontoon”…in her distinct heartbreaking style…but I digress), and a smattering of her older fan favorites.

I was mostly right, but also partly wrong, which had me days later a little bummed after some reflection (AKA looking at my concert notes while sober), even though I left the show on a total concert high (and a little drunk). Don’t get me wrong, the songs she played were brilliant tales of love and loss, with dynamic twists at the end (the story arcs in her songs are anything but predictable), and impeccable musicianship by her band. Her banter with the crowd was lighthearted, informative and endearing.

What was missing though was a musical acknowledgment of her extensive back catalog (her set consisted solely of new songs, a few off her previous album “The Bird and the Rifle (such a great record by the way), and a cover. I can understand “sticking to the new stuff” for artists who tour often, but she really doesn’t these days, focusing more on her songwriting craft (she is one of the most sought after co-writes in Nashville these days). I can also see why an artist would want to focus on the now and not the past, but when the new album won’t be released for weeks it can make for a long night of not hearing anything “familiar.” It’s a minor/spoiled music fan gripe indeed, as fortunately, the new songs sounded sublime and I can already predict that the Dave Cobb produced album will sit atop many top 10s at the end of the year.

Of the new songs she played “The Tree,” “Young and Angry Again,” “Mother Never Rests,” “The Lot Behind St. Mary’s,” “The Fixer,” “Like Patsy Would,” and the album’s first single “People Get Old.” As mentioned, she also played songs from her previous album The Bird and the Rifle including the title track, “Old Men, Young Women” and naturally, the stunning “Humble and Kind” that Faith’s hubbie turned into one of the finest songs on pop country radio in recent years (I still would’ve killed to hear her take of “Truck Yeah”).

McKenna and her band had a “rock-out” moment with “Happy People” written by McKenna and made famous by Little Big Town. During the encore her band provided transcendent harmonies to another song LBT recorded and sprouted from the mind of McKenna, 2015’s most ubiquitous radio song, “Girl Crush.”

The concert concluded with a cover by another American songwriter hero Tom Petty, as they played a stellar version of “Room at the Top.”

In the end, Lori McKenna live, as on record, is a treasured storyteller that country fans who prefer swimming in the deep end of country music’s pool can thoroughly appreciate.

The latest nonsense from Farcer at 10:50 AM