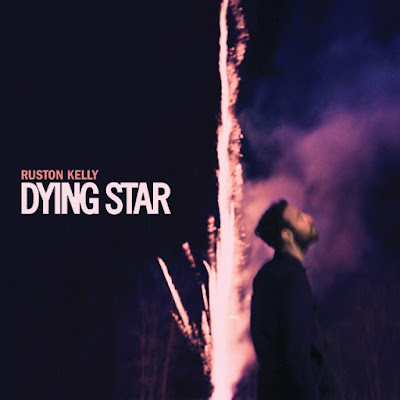 Last week saw the long-awaited release of season two of Amazon’s original “Patriot,” easily the most underrated and hilarious television show on any platform the last five years. The protagonist, John Tavner (a.k.a. “Lakeman”) is an intelligence operative/assassin who deals with the job’s inevitable stressors in an unconventional way: By getting high, writing songs about his real-life exploits, then singing them at open-mic nights. This “sad man in a suit” never smiles; but no matter what awful wolves are at the door, he always answers “pretty good,” when somebody asks how things are going. And things are always impossibly awful for Tavner.

One imagines a third season of “Patriot” heavily laden with Ruston Kelly songs. His full-length album debut, Dying Star, is wonderfully, beautifully – almost impossibly – melancholy. His characters just can’t seem to get out of their own way. Whether it’s pills, booze, infidelity or commitment issues these folks touch all the bases and are therefore of necessity sympathetic to somebody. A listen/look at the “Mockingbird” video
gives a pretty good idea at how heavy an emotional investment some of these songs bring. Kelly’s plaintive, poignant voice gives an intimate authenticity to the collection of misfits who bring these stories to life. “Faceplant” is a halfway-funny song about a pill head worrying his girlfriend will key his car and leave his possessions outside when he staggers home for the last time. And that one is followed by “Blackout,” which is the dude’s favorite thing to do in the car.

Probably no one remembers a time when Ryan Adams wasn’t a pretentious douchebag. Maybe in an alternate universe, Ruston Kelly is Adams, but a version that will never wear horn-rimmed glasses and read his book of poetry to a fawning crowd at a library in Brooklyn. Kelly has the sweet, soulful voice and the songwriting chops. And if these fourteen songs – none of which you’ll want to skip – are any indication, he can be every bit as prolific. Toward the end of the record, there’s even a hopeful uptick toward redemption. Throughout, Kelly makes great use of pedal steel and an occasional dueling harmonica to punctuate his phrasing. The whole record is just really danged pleasing to the ear.

This probably won’t be the best album Ruston Kelly ever makes. But there aren’t many released in 2018 by anyone that are its equal.