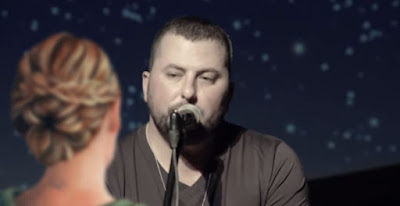 Tyler Farr hosted fan appreciation day Monday in Nashville. The special event included an intimate concert, a hot chicken lunch, and an autograph and photo session. According to the fan, it was a day she’ll never forget.

“It was so much fun!” smiled Loribeth Sykes of Pigeon Forge. “I didn’t realize I’d won a one on one fan appreciation party; he was so sweet, even though he seemed a little sad at times.” Sykes was unaware that the event was free and open to all Farr fans, of which she was apparently the totality.

“I’ve been out of the spotlight for a year or two now, so I thought it was important to show appreciation to my fan. Without the fan, I would have been singing to an empty room and eating by myself today.” said a low-key Farr, packing up a box of 8x10’s.

After a 6 minute acoustic concert of all Farr’s biggest hits, he and Sykes hit Hattie B’s for a lunch of famous Nashville hot chicken. “I thought it was a little weird that I had to pay for lunch, but it was just twenty bucks and he said he’d pay me back, so no big deal.” said Sykes.

The two made their way back to the Econolodge conference room B for a quick selfie and photo signing and the Tyler Farr Fan Appreciation Day came to an end.

“I thought my mom would at least be here.” said Farr, stacking folding chairs onto a rolling cart.