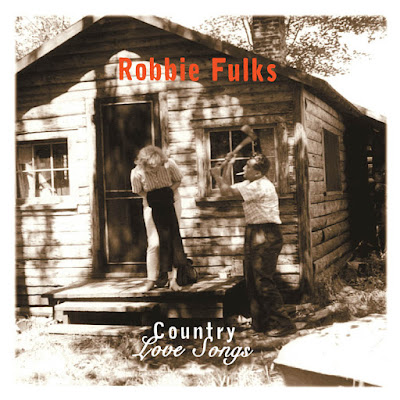 The mid 1990s will always be the golden years of alt country. Son Volt and Wilco showed that Uncle Tupelo might have been greater than the sum of its parts. Steve Earle was out of prison, sober and not yet insufferable, having released Train a Comin’ and I Feel Alright in quick succession. Whiskeytown pushed out two phenomenal albums, Faithless Street and Strangers Almanac, foreshadowing a lead singer’s prolific and meteoric career. Heck, a trio of hippies from Mississippi, Blue Mountain, made the second-ever cover of No Depression magazine. Heady days indeed, for alt country.

But in the middle of all that, one album emerged that made it okay to listen to pure, unadulterated country music. Only one man, in retrospect, could have made country music cool, way back in 1996. Robbie Fulks’ Country Love Songs was everything the genre had been lacking. And mind you, this is back when lovers of true country thought Garth Brooks was the worst bastardization that could ever happen to the name “country music.” What else could save country?

It took a wordsmith like Fulks. It took his bracing high, whiny tenor. It took his sense of humor. And his assemblage of musicians – how about Tom Brumley, steel player for Buck Owens? On a song about a Buck Owens, no less!

Since 1994, Chicago’s Bloodshot Records has defied convention as the home of genre-bending misfits. As long as there’s been a thing called “alt country,” there’s been Bloodshot. And Robbie Fulks is the label’s MVP. Fitting, then, that they’ve gotten around to releasing Country Love Songs on 180-gram heavy vinyl for the first time.

The two-time Grammy nominee touched all the bases on this, his debut album – and to me, his eternal masterpiece.

And here’s how the man himself pitched it to the label, nearly a quarter-century ago:

"Thirteen original country songs with an early 50's production aesthetic (hot vocals, robust bass, live instrumental tracks) and arrangement, reviving certain types of songs long abandoned by mainstream country music. Likewise in retro spirit, these songs will frequently violate current country songwriting trends which hold as taboo themes of negativism, forceful expression, and points of view uncongenial to the prevailing ideology of fatuous feelgoodism; they will instead reflect a modern sensibility in their emotional graphicness, vigorous iconoclasm, and sense of humor. In composition and presentation the music will honestly reflect the heart and personality of its author/singer, and in its fundamental sincerity will stand resolutely against the poisonous tides of camp."

There’s not been a better songwriter in Bloodshot’s storied history, nor any other label’s, since that time. Country Love Songs is an album for the ages, and it is to Robbie Fulks’ credit and a testament to his enduring influence that Bloodshot has made this masterwork available on a classic medium. There is something for all country music lovers on this record: Drop-dead, now-classic honkytonk gems like "Every Kinda Music But Country," "The Buck Starts Here," and the sing-a-long fave "She Took A Lot Of Pills (And Died)." Foodies will love "The Scrapple Song," duet fetishists will adore "We'll Burn Together."

It’s impossible to pick a favorite on an album without a weak cut, but his humor always seems to win out. Having had the chance to chat with Fulks for FTM a couple years back, I loved his response to this question:

Over the course of your career, you've done songs that embrace and celebrate everything traditional and pure about country music; and often on the same album you might have a couple that are essentially self-parodies or caricatures of the genre. Discuss this continuum. (That sounds like a high school essay question, doesn't it?)

Too much Mad Magazine as a youngster. If I love something I put it under the light.

And because America just bade a final, sad farewell to Mad, I’ll pick a favorite from Country Love Songs: The final cut, “Papa Was a Steel-Headed Man.”

It was two years after the release that I discovered Robbie Fulks. Like so many other artists of the early-to-pre-Internet age of alt country, I stumbled across him on Austin City Limits. It was a musical game-changer for me.